Poster Peek: ‘Casino Jack and the United States of Money’

Jack Abramoff was a DC lobbyist who is currently serving a five years and 10 months prison sentence for fraud, tax evasion and conspiracy to bribe public officials. Eight others have also been convicted, including Republican Ohio representative Robert Ney. That’s the superficial news.

“Abramoff has admitted to bribing as many as 20 members of Congress.”

“Abramoff couldn’t have flourished if the system itself wasn’t corrupt.”

“We’ve lost sight of what Congress is for.”

“It’s the selling of America.

“The Abramoff crisis … that was just the beginning.”

These quotes from “Casino Jack and the United States of Money” (“CJUSM”) portend some flashy research and interviews with principles involved not just in the life of Jack Abramoff, but in the life of American politics.

Alex Gibney, director and writer of “CJUSM,” has also tackled docs on Enron and the U.S. Army in Afghanistan. In speaking specifically about campaign contributions and lobbyists, he has said, “If you want to get elected you need a ton of money. Very good people may be turned in a very corrupt direction because they spend so much of their time trying to raise money. Some of our senators and congressmen spend two, maybe three, days out of every week on the phone raising money… We’re paying them to raise money. How crazy is that?”

So, “CJUSM” will educate us. And that may be a problem.

The casino metaphor is a little worrisome

Another doc, “American Casino,” out last summer, had a similar title, financial theme and educational goal. The film tried to explain deregulation and the home mortgage meltdown that dead-ended into the current world-wide financial challenge. But even with many years of education, I needed a translation from someone involved with these kinds of financial dealings. Will the general public need this kind of expertise with the “CJUSM” film as well?

And this is where Kevin Spacey comes in on the Abramoff story. Distribution rights were granted at the end of March to release another worldplay on the unhealthy, speculative world of gambling, “Casino Jack,” starring Kevin Spacey. The cast for this version of Abramoff’s life, due released later this year and tagged as historical fiction, includes Barry Pepper, Kelly Preston and “Twilight” star Rachelle Lafevre.

Maybe this is part of the reason for the current rush on Gibney’s version of Abramoff’s story. With each re-telling, perhaps there is some danger the tale will become less bizarre and just another depressing story of governmental corruption and personal ignominy.

A challenge for documentary exposés, no matter how flashy or how dangerously true, has been distribution. While the backers are evidently seized with the importance of this particular story, how can they package it in a creative, gripping way to encourage purchase by a major distributor? How do they create and sustain public interest and demand?

Alex Gibney wants this film shown. He believes in campaign finance reform and he is passionate about making an impact with information the public can act on. Along with a growing group of independent filmmakers like Abigail Disney (“Pray the Devil Back to Hell”), Kenner and Pearlstein (“Food, Inc.”) and Greenwald (“Rethink Afghanistan”), Gibney is searching for ways to make his film widely accessible.

The reoccurring passion behind political documentaries is the fight against what Orwell aptly referred to as public naïveté. It is through exhaustive investigative journalism that the media and filmmakers together can influence citizens to pressure their elected officials to prioritize the public good. 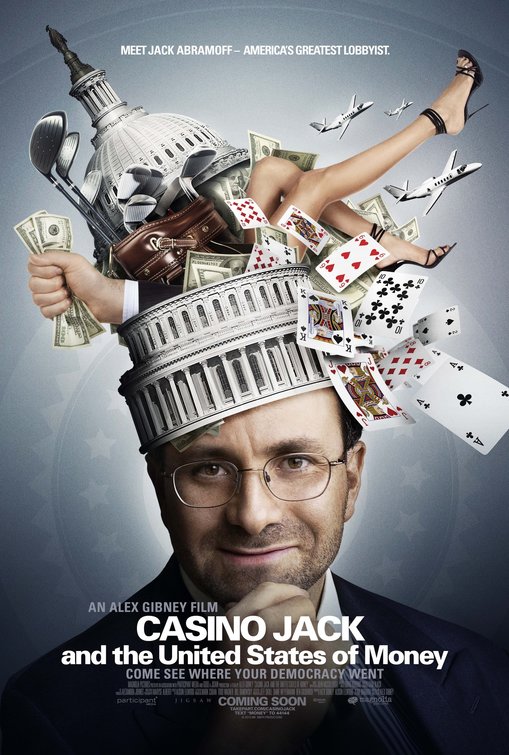