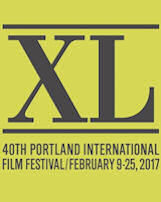 The results of the 40th annual Portland International Film Festival Audience Awards are in. With 98 feature films, 66 shorts and an audience of close to 35,000, winning overall for Best Narrative was “Truman,” a poignant story of friendship at the end of life.

However, the most touted film and winner of Best Documentary was the festival opener, “I’m Not Your Negro,” a collaboration with footage exploring racial prejudice from the US, France, Belgium and Switzerland directed by Raoul Peck.

Though the voting is impossibly unscientific, since it’s impossible for all viewers to see every film, the top four winners in every category represent superior work in an increasingly growing diverse film industry.

Best of Ways of Seeing sidebar
The Dreamed Ones / Germany/Austria / dir. Ruth Beckermann

The Northwest Film Center (NFC), a regional media arts organization located in Portland, Ore., presents a variety of films, educational programs and workshops year-round from its home-base at the Portland Art Museum.