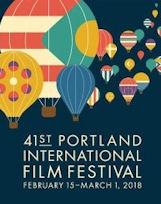 The movie of the night was “The Death of Stalin” from Armando Iannucci, which will be released nationwide on March 9. Afterwards, viewers were served wine with gourmet appetizers and dessert amidst a giant LAIKA warrior skeleton in the lobby of the Portland Art Museum.

Bill Foster, PIFF manager and Northwest Film Center Director, introduced his rather risky choice of opening film with an acknowledgment to guests and sponsors. Banned in Russia and irreverently satirical of Russia’s painful history, “The Death of Stalin” makes fun of the political maneuverings during the transition between the death of Stalin and the rise of Khrushchev. Some loved the humor and others were left a bit flat. But whether they appreciated the content or not, viewers recognized a standard trademark of Foster’s choice. It provoked reflection and conversation.

PIFF film choices are famous for being challenging and insightful. The entire two-week event is also appreciated for being well-organized with plenty of friendly, helpful volunteers.

Divided into nine sections, the festival has films representing cultures from around the world, films from leading cinematic masters, films with new directors, documentaries, animations, and film for the whole family. It also has a special “PIFF After Dark” section for those who are “cinematically adventurous and nocturnally inclined.” Each of those shows starts at 9:30 p.m. and includes rugged titles like “Let the Corpses Tan” and “Hagazussa: A Heathen’s Curse.” 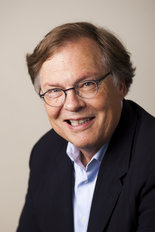 An eighth section, called “Ways of Seeing,” deals with subjects such as paradoxes, the cyclical history of violence, kinds of love, organized struggle, pre-conceptions and liberation.

The last section of films is composed of shorts, an increasingly popular form of condensed expression. They, in turn, are also divided into sections and include three Charlie Chaplin classics.

Tickets can be purchased at nwfilm.org/piff41. The festival runs from Feb. 15 through March 1.