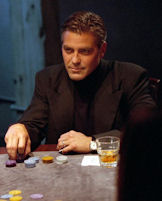 Gambling scenes in movies keep you on the edge of your seat. They usually come at the crucial point in the film, bringing high-tension drama to the table. Gambling has become more accessible to the general public in the US over recent years. Online casinos and sportsbooks give people the chance to make some extra money online, meaning they aren’t forced to go to Las Vegas or Atlantic City to take part in the games. Of course, it’s not as totally risk-free as portrayed on the big screen.

Some great movies are fully dedicated to gambling, such as “Rounders” and “Molly’s Game,” with the biggest and most memorable moments coming at the tables.

These films have proved huge hits, showing that gambling can be just as entertaining to watch as it is to play the games themselves. But which movie has the most memorable gambling scene of all time?

We have created a list of the seven defining gambling scenes in history and ranked them. There’s only one winner so read to find out who takes the trophy home.

This scene is full of classic Pitt and Clooney swagger and suave, with the former attempting to call the latter’s bluff, setting up the tone for the rest of the movie. If this is just No. 7 on the list, imagine how good the rest of the scenes in this list are.

Lindsay Lohan and, well, Lindsay Lohan, play a high-stakes poker game between both of her 11-year old characters. They spend the summer at camp pulling pranks on each other, eventually settling the score over a poker night. They agree on a pretty big forfeit – the loser must jump into the lake completely naked. For reference, Hallie ends up victorious after making a royal flush.

5. “Goodfellas” (1990)
This is one of the masterpieces directed by the legendary Martin Scorsese. Joe Pesci is as unnerving as is humanly possible during this excellent movie gambling scene. Just his presence alone is enough to raise tensions at the table, not least thanks to his misunderstanding with Spider — and he’s not even playing.

Spider forgets to bring Tommy his drink and is duly dealt with in Tommy’s own, unique way. Safe to say, it’s never a good idea to disappoint Tommy DeVito.

4. “Rain Man” (1988)
It must be nice to be Dustin Hoffman in this movie. Apparently walking into a casino looking all bewildered by the occasion is enough to leave as a huge winner. Both him and Tom Cruise look rad in their matching beige suits, but the montage itself is shot with energy coming all over the casino, with the music building up the excitement as each card is drawn.

It’s at this moment we see some brotherly bickering and bonding as Ray proves Charlie wrong by killing the game with his unreal math skills and his ability to count cards like a seasoned professional. “Hit me, hit me, hit me.” A couple of cards later and their lives are changed.

3. “The Hangover” (2009)
The gambling scene in “The Hangover” is hilarious. It pays homage to “Rain Man” in that Zach Galifianakis sports a very similar style suit as he sits down at the blackjack table and proceeds to clean up. It turns out the “stupid” guy in the group is the one who knows how to take down a casino — not so stupid after all.

All the while, one of his best friends in Phil, played by Bradley Cooper, yells out “He can’t lose!” for the entire casino floor to hear. It’s one of the best gambling scenes filmed and is certainly worth its spot on this list.

2. “Rounders” (1998)
This film is a must-watch for anyone who enjoys gambling. In fact, it’s so embedded into gambling culture that, as noted by OnlineCasinoGems, it contributed to the poker boom of the 2000s.

You cannot say you are a fan of poker unless you’ve seen this movie. There are so many great scenes to choose from, but the final showdown between Mike McDermott (Matt Damon) and Teddy “KGB” (John Malkovich) is the climax to this pulsating movie. So much is on the line that there’s no going back for Mike if he loses. Don’t be surprised to see half your nails bitten off by the time the final hand approaches.

The high-stakes poker game is so intense that Vesper, who is usually ice-cool, is sweating and praying Bond comes out a winner. Craig comes up against the movie’s protagonist Le Chiffre (Mads Mikkelsen) in a game that places the fate of the world in a few hands of cards. After overcoming a brief flirt with death, *spoiler alert* Bond comes back to win one of the biggest prizes in the history of cinema – more than $100 million. This is so much money that, at the end of the game, he nonchalantly tips the dealer a mere $500,000. Not a bad day’s work all round. 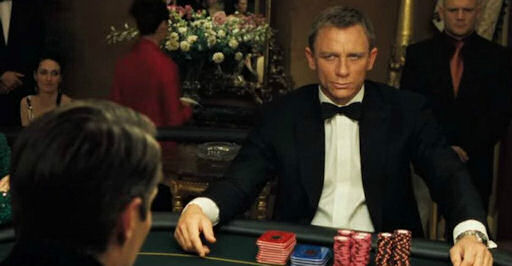