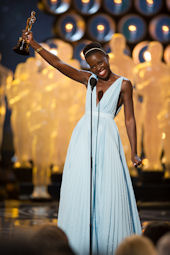 The 86th Annual Academy Awards took place last night at the Dolby Theater in Hollywood and the stars showed up in droves to have the opportunity to win Oscar gold as well as cheer on their co-stars.

The awards were hosted by Ellen DeGeneres and overall it was quite a dull ceremony. The usually very funny DeGeneres instead was very bland and it seemed like her usual writers were on strike as she barely cracked any jokes after her opening monologue.

There were some fun aspects to the show as many films that I loved got the recognition they deserved. But what were the highlights for me besides the awards?

Well, in non-award-related items there was Meryl Streep dancing with Pharrell Williams as he performed his nominated original song “Happy” from “Despicable Me 2” and the second funniest moment was when John Travolta mispronounced Idina Menzel’s name as he introduced her to perform the nominated song “Let It Go” from Disney’s “Frozen.” Within minutes there were multiple fake accounts added to Twitter with the name Adelle Dazeem and everyone was joking about whether Travolta was having a stroke onstage or needed glasses.

On the actual awards side of the show, things went pretty much as planned. I wrote up my Oscar Predictions and out of 24 categories, I got 22 correct (and the two I missed went to my choices for surprise winners). So the querstion remains of whether the Academy voters are too predictable and should they maybe think about adding some more diversity to the mix Even with a new system of calculating points for the possible winners, there wasn’t a single major upset.

So, who were the biggest winners of the night? Well, the film with the most awards didn’t win Best Picture. “Gravity” took home seven statuettes, including Best Director, Best Cinematography and Best Original Score, and all the technical awards including Film Editing, Sound Mixing, Sound Editing and, of course, Special Effects. “12 Years A Slave” won the biggest award of the night with “Best Picture” along with acting newcomer Lupita Nyong’o nabbing an Oscar for Best Supporting Actress in her very first film ever. The third and final award it won was for Best Adapted Screenplay written by John Ridley. 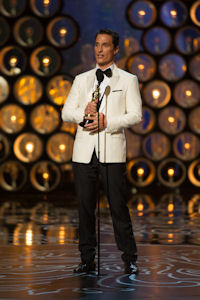 “Dallas Buyers Club” also score three wins, including Matthew McConaughey for Best Actor in a Leading Role, Jared Leto for Best Actor in a Supporting Role as well as Best Makeup and Hairstyling. Disney’s very popular film “Frozen” won both its categories, winning “Best Animated Feature Film and Best Original Song “Let It Go.” The final film to win multiple awards was “The Great Gatsby” for Best Costume Design and Best Production Design. Cate Blanchett won Best Actress in a Leading Role for her amazing performance in Woody Allen’s Blue Jasmine. And even though it only won a single award, I was happy to see the movie “Her” win for Best Original Screenplay because that film was very well done.

Once again, Leonardo DiCaprio didn’t win and the controversial but great film “The Wolf of Wall Street” was completely shut out from winning a single Oscar in its categories, but besides that the awards seemed to be distributed pretty evenly among the nominees.

While I was happy with the results, the show itself was lackluster and boring – even the competition between my friends and I to see who picked the most winners couldn’t keep the show interesting from start to finish. My suggestion for next year is to bring back a performer who can sing and dance and keep the three-hour-plus broadcast captivating instead of a chore to watch.

Here are all of the categories, with the winners in italics. 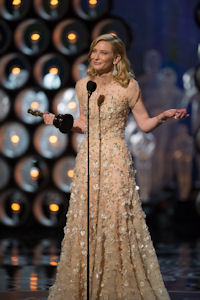 Best Documentary, Feature
The Act of Killing
Cutie and the Boxer
Dirty Wars
The Square
20 Feet From Stardom 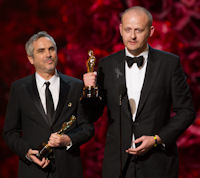 Best Short Film, Live Action
Aquel No Era Yo (That Wasn’t Me)
Avant Que De Tout Perdre (Just Before Losing Everything)
Helium
Pitääkö Mun Kaikki Hoitaa? (Do I Have to Take Care of Everything!)
The Voorman Problem 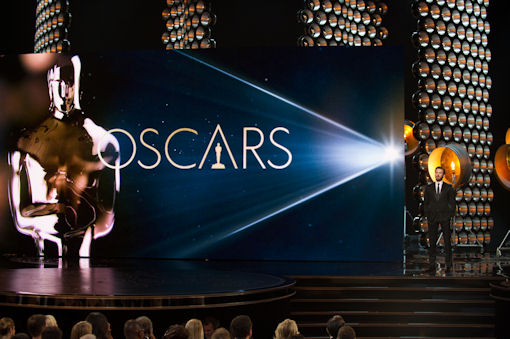 So what were your thoughts on the overall show? Were there any highlights or moments that you loved and did your favorite performances or films win? Leave a comment and let us know.