A Featurette from ‘X-Men: First Class’ 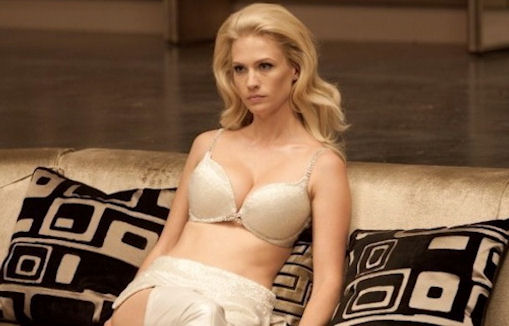 One of the most anticipated films of the summer has finally arrived. The origins story of a group of misfits known as The X-Men begins with the friendship between Charles Xavier and Erik Lehnsherr. In “X-Men: First Class,” we get to witness the beginning of what is to become Xavier’s School For Gifted Youngsters. A young Professor X and Magneto join forces to find and train young mutants much like themselves to control and understand their abilities.

Among this original motley crew are future allies [and future enemies] such as Beast, Mystique and The White Queen (January Jones — pictured above).

The year is 1963. The world is in peril because of the villainous Sebastian Shaw, played by Kevin Bacon, and his team of evil mutants. The door of Xavier’s School for Gifted Youngsters has recently opened. And the rift between Charles and Erik that sets them both of opposite paths is about to ruin their friendship forever.

In this behind-the-scenes feature, the cast of “X-Men: First Class” speaks out about the film and their experiences on set.

“In this X-Men you get Magneto and Charles Xavier before they become the people we are used to seeing,” promises James McAvoy, who plays the young Charles Xavier in the new film. “The sets are great … There’s a level of tension.”

There has been excitement behind this new film to reboot the franchise since the idea first hit the internet years ago. It seems like they are ready to deliver with big sets, exciting special effects and, most importantly, an exceptional cast ready to don the iconic roles that are The X-Men.

“X-Men: First Class” opens on June 3 at a theater near you.