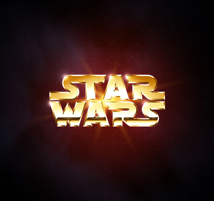 After what seemed to be a brief period of quiet — about two weeks — on the “Star Wars” front, we now have news, and lots of it.

Cinemacon was last week and at the Disney presentation, Disney Studios chief Alan Horn had some “Star Wars: Episode VII” news, and some rumor confirmations as well.

First, he cleared the air about when “Episode Vll” would hit our screens. We had originally heard — last October — that “Star Wars: Episode VII” would be released in 2015. This date came into question when J.J. Abrams, the movie’s director, said he would not be rushed. Well, the 2015 summer released wasn confirmed by Horn at Cinemacon.

He also added that Disney intends to release a new sequel every other year after “Episode VII” (2015, 2017, and 2019). This means that there will be a new Star Wars movie every two years, which would be different than Lucas’ MO. When Lucas directed his original trilogy and the subsequent prequels, there was a three-year gap between each of the trilogy of films.

Horn also added one key piece of information. As we know, Abrams will direct Episode VII based on a script by Michael Arbdt. However, spin-off films are being worked on by Lawrence Kasdan and Simon Kimburg. It would be logical to assume they would not compete against their own sequels, so the spinoffs might be released in the corresponding other years (2016, 2018, etc.). This could mean a new “Star Wars” movie coming every year starting in summer of 2015.

So what do you think? Does the “Star Wars” universe exploding make you glad or mad?