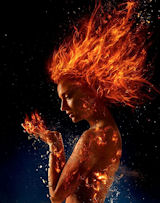 Given how superheroes are currently dominating the marketplace, and that these types of films get an almost endless amount of publicity and hype that can start even years in advance, it should come as no surprise that, for the second year in a row, they are prevailing in terms of the most anticipated movies and, in many cases, games, of the upcoming year.

Amobee, the marketing technology company which published this list, created it by making use of content engagement across over 600,000 sites in order to gauge which movies were capturing people’s attention, and ranked each of the films based on the volume of this.

A few themes become evident when you view this list. 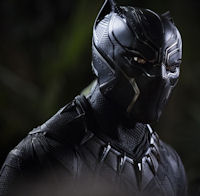 Topping the list is “Black Panther,” a character who became a favourite with fans from the first, and up to now only, appearance he made in the 2016 movie “Captain America: Civil War.”

Not only was Chadwick Boseman a perfect fit for the role, his appearance further marked a vital step forward in terms of representation on film. With Wesley Snipes’ Blade being the exception that proves the rule, black characters like Falcon and War Machine have remained in the sidekick role for a while now.

While it may appear further down on the list, inclusion and representation are also themes for “X-Men: Dark Phoenix.” While female characters have long been a prominent part of the franchise, this film is the first in which Fox brings one up to the forefront. This instalment of the franchise sees Sophie Turner reprise her portrayal of Jean Grey, and fans seem excited enough about it to look past the lackluster results the last two X-Men films have managed.

Fox + Disney = All your movies
In the same way that most of the betting NZ provides is done at a few top sites, four out of the 10 movies ranked are Disney products:

When you add in Fox’s “Deadpool 2” and “X-Men: Dark Phoenix,” you start to get a sense of what the proposed acquisition of Fox by Disney could mean in terms of the kind of box-office domination that few others will be able to challenge.

Warner Brothers has something to feel good about, thanks to “Aquaman” reaching the No. 2 spot on the Amobee list, with “Wonder Woman” providing a brief bright spot in an otherwise uneventful 2016, and a very poorly received “Justice League” getting ignored as a result. Jason Momoa’s performance as Aquaman in “Justice League” was repeatedly called out as the best thing in an otherwise second-rate film, a fact which seems to have been good enough to get people anxious to see his solo outing in the James Wan directed release this year.