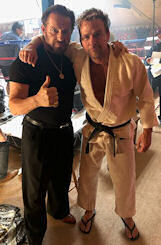 The new film “Born a Champion” is a passion project that has been 13 years in the making as long-time friends Paul J. Alessi and Sean Patrick Flanery sunk their teeth into a film that they knew had heart, soul, guts, glory and tremendous truth and love.

For the challenges that presented themselves during the development and production of the film, the proverbial fight was worth it. The duo is exceptionally proud of the film that was written by and stars Sean Patrick Flanery in a highly personal role that reflects a good amount of personal experience.

Q- How did you and Sean work together on new film “Born A Champion” and how long had it been in development?

A- I have known Sean for years now and consider him to be a great friend. We met years ago while working on “Boondock Saints II” and agreed then and there that we wanted to eventually produce our own projects together. Flanery first wrote the story back in 2007, and I was the first to read it. I loved it, and we decided that this would be our first project. So, I went to work on getting it into the right hands so we could eventually realize a dream. Now, I would have preferred the dream to arrive a little earlier, but we always knew that persistence would pay off. Fast forward to 2019, and we both found ourselves on the Warner Brothers lot casting our dream. And now, here we are patiently awaiting the arrival of January 22nd when that 2007 dream will finally be released to theaters through Lionsgate/Grindhouse.

Q- As a producer, what were a couple of the biggest challenges in getting this film made?

A- The biggest challenge for me in getting any film made is finding the right team and the financing. That’s why you hear about these amazing films that took years to get made, and you know what they say, “Timing is everything.” I feel that having the right team is crucial in achieving the overall success of the project, and for your own happiness. 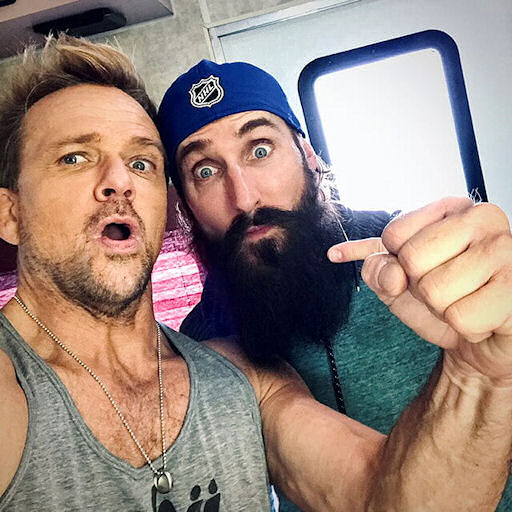 Q- In your role as producer, was there any big lesson that you learned during “Born a Champion?”

A- I believe that I will always be learning on every film that I work on, and every relationship that I am in, whether it be platonic or romantic. I am very selective on the projects and relationships that I get involved with, and I continue to learn with each one of them. I feel that trusting your gut, and your first impressions are usually spot-on. Well, at least that’s been true in my life. If you feel strongly about something or someone, stick to your guns from the beginning, listen to your intuition, and don’t waver. Honesty and integrity are everything to me. Having said that, I’ve learned that mentality is not always prevalent in this business. And, as such, always have a good lawyer on your team from the start.

Q- What are your personal thoughts on the film?

A- My thoughts on this film go immediately to pride. I’m incredibly proud of this film. My thoughts go back to 2007 when Sean Patrick Flanery first shared his story with me, and I was immediately inspired. I remember our first handshake, and our promises to get this dream made and realized. I always felt that this story was a home run in both the business and the creative sides of the film world. I really thought it would attract both male and female audiences and could reach a wide demographic.
For me, it is a story about love and family and adversity and dreams. It’s about dreams. The kind all of us have. It just happens to be engulfed in a mixed martial arts world in the era in which Jiu Jitsu stormed onto the fighting scene. So yes, there is fighting. A lot. But fighting in all aspects of life. And at the helm of this story is this unique creature, “Mickey Kelley,” that has such a deep and well-rounded sense of character and such a pure view of his own life that comes out through his sense of honor, discipline, dedication, loyalty, respect, and his love for his family, their values, and even for his way of training. He is truly dedicated to the things that he knows to be true. It truly hit home for me, and in today’s world, I thought it was a film that needed to be made and seen. 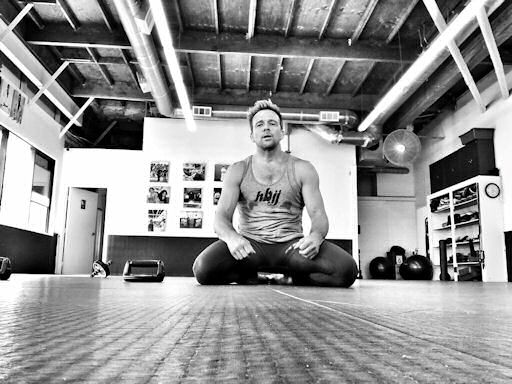 Interview with Writer, Actor and Producer Sean Patrick Flanery
Q- What was your passion behind developing the film?

A- This story embraces all the things that I value most in this life… starting with family. I wrote this story way back in 2007 alone in my bed, where I ran everything through my own personal “importance filter.” Most things ran right through. The only things that remained… are the things I put into this film. It is truly my homage to old school, violent Jiu Jitsu, and to family, and to legacy, and to love.

Q- Since no stunt-doubles were used for the sparring scenes in the film, were you able to guide or work closely with the other actors and athletes you sparred with in filming in terms of proper Brazilian Jiu Jitsu techniques?

A- I only cast incredibly skilled and well-decorated martial artists and fighters. So, all the sequences were only ever rehearsed verbally. For example, “We’ll do this… then transition to this… then you’ll counter with this… etc…” And, when you ask someone to go through incredibly complex physical sequences, you cast people who do it every single day, and multiple times per day. Or, you spend months in prep and rehearsals. We simply didn’t have the resources to fund something extravagant like that. So, we cast highly ranked UFC talent like, Edson Barbosa, Mickey Gall, Renzo Gracie, etc. I was incredibly honored that they all answered my call. Honestly, for guys like that to read my words and say, “Yes, when do you need me” was one of the most flattering moments of my life.

Q- There is a military component to this film. Did you take inspiration for that aspect from someplace and did you use any military consultants?

A- I’ve always found a lot of parallels between our nation’s great military men and our most revered Jiu Jitsu players and martial artists. There are a number of examples of those lines intersecting, from Tim Kennedy to Jocko Willink, etc. My dad and grandaddy were in the military, and they both proved to me that heroes are always going to find a way to hero… That service to a hero is never done. There are people with regrets, and then there are liars. And, one of my regrets is that I never served my country. But, I’m grateful for all who have.

Q- As writer on this film, are there any certain scenes that are based on your personal experiences?

A – I think there’s always a bit of autobiography in everyone’s fiction… and I’m no different. I think those coming up through the BJJ ranks in the older days will find more than a lot of truth in this story. And yes, some of this is yanked directly from my own martial arts academy experiences.

Q- As executive producer, what were one or two of your biggest challenges in making this film?

A- I think the biggest challenge in realizing a single idea that requires more than just one person to execute is navigating the various opinions that you will unequivocally come into contact with. And, staying true to your vision can sometimes require a bit of “constitutional oak treeing.” I’m very grateful to Forrest and Morgan Lucas for believing in me and giving me the freedom to realize a very pure dream… Very grateful. 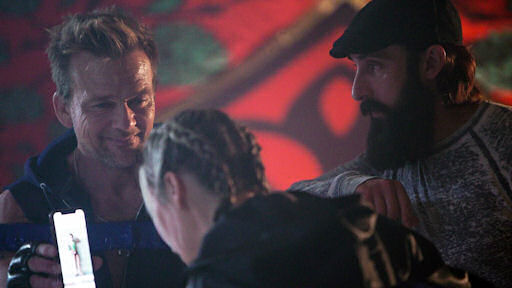 Q- Is “Born a Champion” your most personal film to date?

A- Being an actor, I’ve occasionally found myself saying lines that I believe in. Sometimes more than others. But, nothing comes close to saying words that come from your own heart. Some words are close to the bone… And some come from the bone.

Q- Did you have any say so in casting?

A- Me and Paul Alessi were deep into casting from day one. Yes, day one back in 2007. Well, at least we were compiling a wish list. But once pre-production started we hit the ground running and eventually found our perfect dream cast.

Q- Did your wife and/or kids get a chance to visit the set? If so, what was their feedback?

A- The character Mickey Kelley has a son in the film that is portrayed at both 5 and 8-years of age. I re-wrote the scenes after my sons were born to be able to include them both, and they both play Kyd Kelley on screen respectively at those two ages. Both in their acting debut… And their acting farewell. Well, at least until they’re old enough to make their own career choices. Also, I’m not going out of town for any length of time without my wife and family. 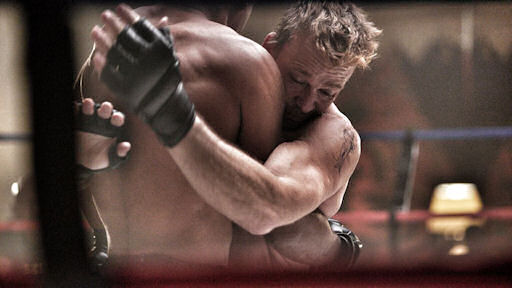 “Born a Champion” releases Jan. 22 in theaters nationwide and to streaming services Jan. 26. Visit the official IMDb page at http://bit.ly/BornAChampionIMDb.