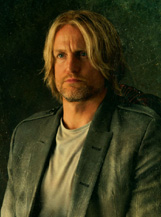 It’s a good week to be a Tribute. Comic-Con San Diego is underway and the big panels are taking place this weekend. To whet the appetites of the fans, Lionsgate has unveiled a new image of Katniss Everdeen (Jennifer Lawrence) and Peeta Mellark (Josh Hutcherson) in the Reaping for the Quarter Quell — with a new trailer coming tomorrow.

The new image is an answer to those who have not read the novels. The Quarter Quell — done at the 25th, 50th and now the 75th celebration of the Hunger Games — indicated that previous Victors will return to the arena. District 12 only had a total of three living Tributes: Katniss, Peeta and Haymitch (Woody Harrelson). Being the only female Victor, Katniss is automatically returning to the arena.

Between Peeta and Haymitch, it is obvious in the image that Peeta will be returning to the arena with Katniss once again. Both of them are giving the District 12 salute on honor during the Reaping ceremony with their ever present and gracious escort, Effie Trinkett (Elizabeth Banks). Effie, as usual, is dressed in an outlandish, bold outfit, while Katniss and Peeta are no longer dressed in the drab colors of the District 12 citizen. Being Victors, both are residents of District 12’s Victors Village with Haymitch as their only other neighbor. 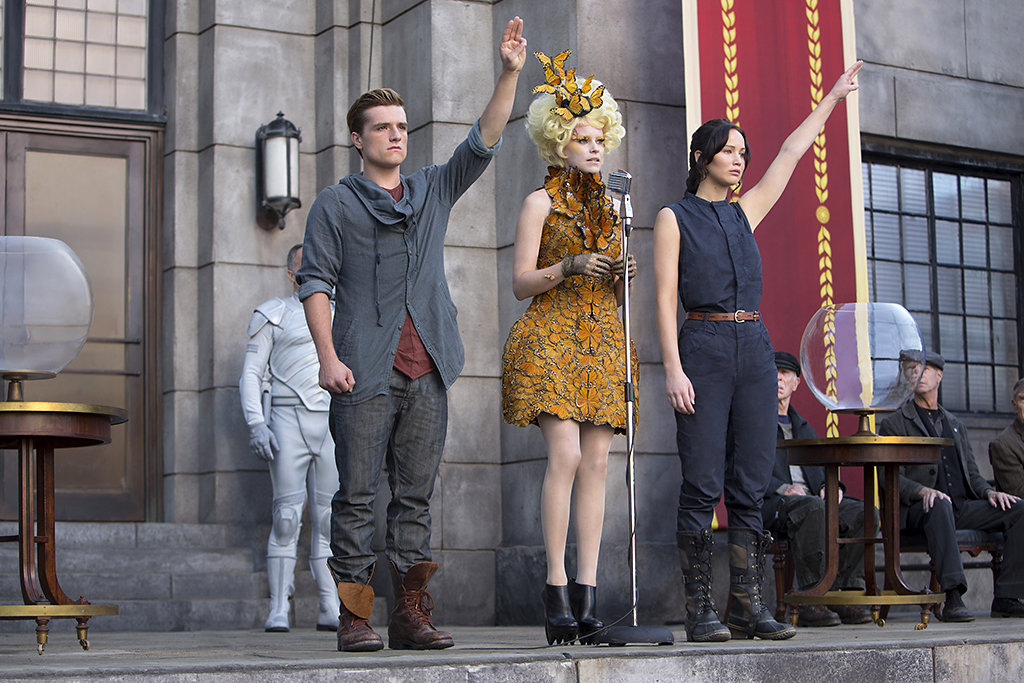 A new theatrical trailer will be unveiled this weekend at Comic-Con by Jennifer Lawrence at the panel for “The Hunger Games: Catching Fire.” She will be joined by cast mates Josh Hutcherson, Liam Hemsworth, Lenny Kravitz, Jena Malone, Jeffrey Wright, Willow Shields, and director Francis Lawrence. Keepi checking this site for a look at the new trailer, but in the meantime, watch the first teaser trailer HERE.

Let us know what you think of the newest image in the comments section.