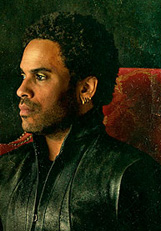 The long awaited and highly hyped teaser trailer for “The Hunger Games: Catching Fire” finally made its debut, and with slightly more than two minutes of footage, fans can finally see the beginnings of the revolution that Katniss Everdeen (Jennifer Lawrence) unintentionally sparked as she tried to save her life along with her fellow District Tribute, Peeta Mellark (Josh Hutcherson).

In the trailer, there is a large focus on Katniss and the effect she had on the people of the different districts. She has become a symbol of hope for the oppressed populations of the poorer Districts and President Snow (Donald Sutherland) sits with his new Gameskeeper, Plutarch Heavensbee (Phillip Seymour Hoffman).

Katniss and Peeta finally realize that the charade that they had pulled off in the Arena for the 74th Hunger Games can no longer be just that, a charade. They must now maintain a ruse for the populations in order for them and their loved ones to stay alive. Also, the life that they so desperately want is an impossible one. President Snow, on the other hand, plots to eradicate Katniss and the rest of her “species” — the other Victors — whom in his opinion think that they are above the law and invincible because of Katniss.

The trailer does not hint at the Quarter Quell but I like how the screenwriters of “Catching Fire” have included an explanation of how the Quarter Quell is designed. I must admit that it is quite different from the explanation given by Suzanne Collins in the novel itself, but this interpretation suits quite as well. It is believable and highly plausible that the President would plot to eliminate such a symbol of hope for the masses.

Furthermore, we see more of Gale Hawthorne (Liam Hemsworth) in this trailer and he plays a much more dominant role in the novel’s sequel. It is quite obvious that Katniss is still rebelling against the Capitol in all the ways that she can, but as passionate as she is about staying alive and keeping those she love safe, she is willing to make some concessions.

Effie Trinket (Elizabeth Banks) returns are Katniss and Peeta’s escort throughout their tour while Haymitch Abernathy (Woody Harrelson) also returns as their mentor. He also becomes the voice of reason for Katniss on continuing the deception on the rest of the tour.

What do you think of the newest trailer for “The Hunger Games: Catching Fire”? Let us know in the comments,

“The Hunger Games: Catching Fire” flies into theaters on Nov. 21.