It would be fair to say that previous female-fronted superhero efforts have fallen fairly flat and even the most ardent DC fans could have been forgiven for being a little trepidatious when Wonder Woman hit the big screen on June 2 earlier this year. 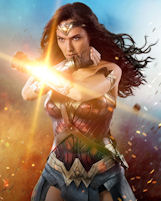 Perhaps the most high-profile example of such a flop was DC’s 2004 adaptation of “Catwoman,” considered by some critics to be one of the worst superhero films of all time. In a similar vein, Marvel’s “Daredevil” spin-off “Elektra,” starring Jennifer Garner, also received mostly negative reviews and also performed poorly at the box office.

After briefly gracing our screen in 2016’s “Batman vs Superman: Dawn of Justice,” “Wonder Woman” came out on top of a recent Fandango poll of 10,000 moviegoers as their most anticipated summer movie, indicating that moviegoers were eager to see more of Gal Gadot and her lasso of truth (Wonder Woman’s weapon of choice).

Not only is “Wonder Woman” perhaps DC’s best-reviewed film yet, but, since its release, the movie has gone on to become a commercial success worldwide and has arguably provided the DCEU with a much-needed shot in the arm following the polarizing reviews received for both “Man of Steel” and the aforementioned “Batman vs Superman: Dawn of Justice.”

Whilst both films did fairly well financially, the general consensus amongst the paying public was that the films fell way short in comparison to previous efforts; in particular, the groundbreaking Dark Knight franchise, which, since the release of the first film in 2005 (“Batman Begins”), has become somewhat of a cultural touchstone and a barometer for superhero films both past and present.

Furthermore, “Wonder Woman” has managed to re-whet the appetite of those eagerly anticipating the upcoming release of “Justice League,” which is set for a November 2017 release and features Wonder Woman alongside other DC fan favorites such as Batman, Superman and The Flash.

As is often the case with any superhero-related smash hit, the success of the film has left an indelible mark on current popular culture and has spawned various merchandise, ranging from lunchboxes to replica lassos of truth for the more hardcore fans. On the digital side of things, Foxy Casino has launched an engaging Wonder Woman slot game that you can play online. The game can be tried risk-free with a deposit bonus from Oddschecker.

It’s also a fair bet that Halloween 2017 will see a number of wonder women doing their best Gal Gadot impressions and strutting their stuff in one of many impressive replica outfits. However one chooses to embrace the spirit of Wonder Woman, the film has people talking about DCEU in glowing terms once again, and the release of “Justice League” in November could cap off the year as the one when it successfully managed to put itself back on the map. 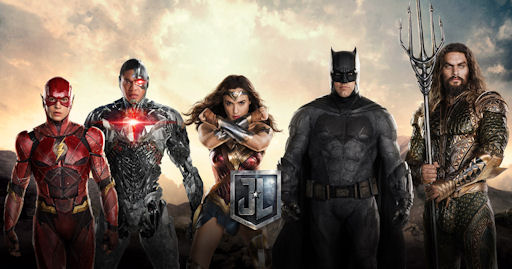