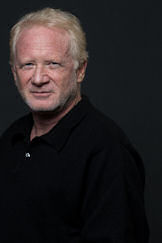 The film “Cult Cartel” is a passion project and an insightful look at the real-life events and human trafficking tragedy in Colorado City, and the downfall of “prophet” and convicted felon and polygamist, Warren Jeffs. Notably, the movie stars actor Don Most, who has been garnering accolades for his wide variety of intriguing film roles as well as his turns as a director and producer. “Cult Cartel” recently held its red carpet premiere in Phoenix, Arizona, as the latest film offering from MoviesMakingaDifference.

In “Cult Cartel,” Most portrays Clem Barrows, one of the men living in Colorado City under the control and coercion of the town’s creepy leader, Eldridge Smyth, as eerily and convincingly portrayed by actor Tim Hajek. Most is a long way from his beloved iconic character of Ralph Malph from the “Happy Days” series that ran 1974 to 1984 and he happily embraces the acting journey that has occurred since his days with the Cunningham family.

“My wife’s cousin was friends with Diana and my cousin had been talking to Diana about this project,” says Most. “Diana and I got on the phone together… We talked and I asked to see the script and I thought the script was very good.”

Most continues, “The part appealed to me because I like to play all different kinds of roles. I had success on a big TV show that so many people knew and then associated with one role. It was difficult for some years to break away from that and as I’ve gotten older, it’s gotten better in that respect.”

“In the last few years, I’ve been playing such a wide variety of characters! Before I played a polygamist in ‘Cult Cartel,’ the role before that I played a pastor of a small town.” He’s also played a king, a prison guard, a CEO and career criminal. Most says, “That’s what I love about acting is playing all different kinds of roles and I prefer that they’re different from me.” 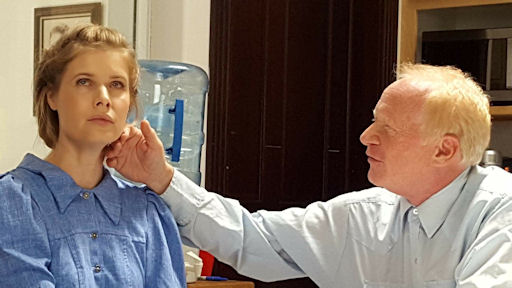 “I had a great time on set, and I was there for about a week. They shot it in that same town where the Fundamentalist Latter-Day Saints lived and believed like they did back I the 1800s with polygamy and all of that. The house that we shot in was the home of a former member of that whole world… Then he left. We were shooting in his home… It was pretty surreal and kind of strange and eerie.” Other scenes were shot in the former home of Warren Jeffs. Having that kind of personal experience leant a great deal of realism to the film. Additionally, several survivors out of Colorado City acted in “Cult Cartel” and some of them have gone on to become activists and advocates for others who have fled the town.

Filming “Cult Cartel” was an eye-opening experience in many ways as Most learned about the human trafficking that took place in Colorado City and what Diana Davis’s nonprofit MoviesMakingaDifference is doing to help those who have been victimized. “I learned about Diana’s organization, what they’re doing, where the money is going to and her commitment to that,” says Most. “She’s doing great work!” 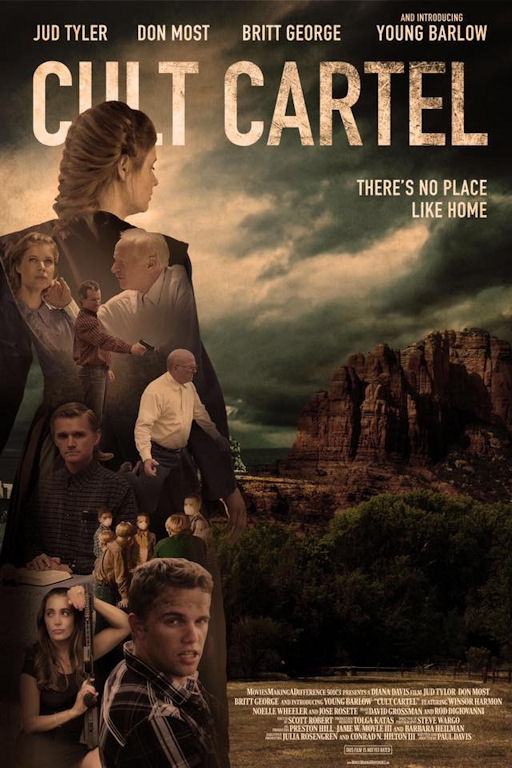 MoviesMakingaDifference is helmed by its founder and film producer, Diana Davis. The organization creates socially conscious feature films that directly aid human trafficking victims upon whom the movies are based. In fact, some of those who escaped the horrors of Colorado City now serve as film advisors, MoviesMakingaDifference board members and even act in it films. Those involved in the organization consistently applaud, uplift and support trafficking victims for their courage and desire to shed light on Colorado City atrocities while promoting healing and rescue of even more women, men, boys and girls who have been victimized.

For additional information on “Cult Cartel” and other MoviesMakingaDifference films, visit www.moviesmakingadifference.org.