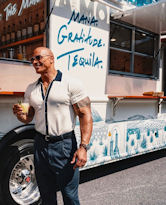 Dwayne “The Rock” Johnson is one busy movie star. His long-awaited Disney summer blockbuster “Jungle Cruise” launches on July 30, but he’s been doing some rather “spirited” business in the days leading up to the film’s release and moving through the summer.

For those who may not know, Johnson founded Teremana Tequila, an ultra-premium small-batch tequila company that features blanco and reposado expressions, both lovingly crafted in the Jalisco highlands. Now, the Hollywood A-Lister has taken the Mana Mobile on the Great American Mana Mobile Road Trip. The exciting road trip is bringing Teremana Tequila to the people of the United States and is inspired by Johnson’s famous phrase, “Mana. Gratitude. Tequila.”

The Mana Mobile has been visiting military bases, hospitals, fire stations and other local events, incorporating intriguing Teremana Tequila cocktails, where possible, delivered in fine style by Mana Ohana mixologists. Delicious noshes inspired by The Rock’s favorite “cheat” meals will also be served up at each stop.

“Our Teremana is proudly crafted by hand at our distillery in a small town in Jalisco and has truly become the ‘Tequila of the People.’ So, keep an eye out for the Mana Mobile in your neck of the country and let the Teremana adventures begin!” says Johnson. 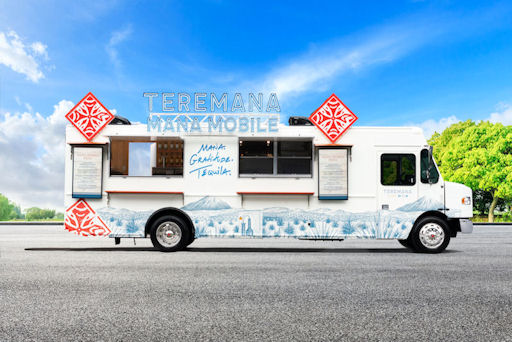 The name of Teremana Tequila has meaning. “Tere” is a derivative of the Latin word “terra,” meaning earth and “mana” is the Polynesian word for spirit. When put together, Teremana means “Spirit of the Earth.”

When forming Teremana Tequila, Johnson worked with a Mexican family-owned distillery and built a home on its grounds specifically for the tequila brand entitled Destileria Teremana de Agave. The tequila is crafted at that location in small batches, by hand.

Taking it a green step further, Teremana has a focus on sustainability and reducing its impact on the land it occupies. Teremana takes 100 percent of the agave fibers left over from production and converts it into compost which is then used as organic fertilizer for the agave fields. It also uses a state-of-the-art water filtration system that takes water left over after production and cleans it.

The Great American Mana Mobile Road Trip route stops are located at www.teremana.com. Additional locations are being announced as the road trip journeys through the country. 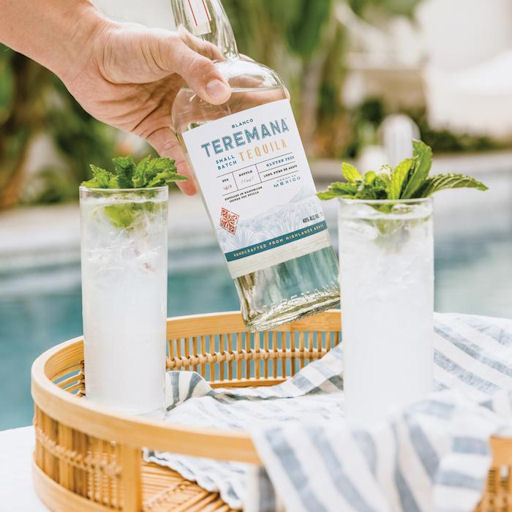