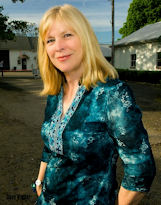 Just about any actor or actress dreams of being in a film that becomes an iconic part of the very fabric of America. In being a part of such a film, that legacy moves along with that person as they continue in their career. Candy Clark has had an enviable career as an actress, moving seamlessly between films and television and becoming part of one of the most beloved films of all time, “American Graffiti.”

Candy Clark took time to chat with It’s Just Movies and gave us the latest about her career and how she’s doing during this crazy time that is Pandemic 2020. “I’m just kind of doing deep cleaning at my house and getting up on the stepladder and getting dust off of stuff that’s been neglected,” Candy Clark explains with a laugh. She also keeps an ongoing log of what she does and who she talks to each day. “You somehow have to keep track of what you’re doing!” Clark is also enjoying gardening, cooking and reading during her professional downtime.

The State of the Industry
The actress also likes to support nonprofits which have become increasingly important during this time. “I like the Downtown Mission, Rescue Mission and Hope of the Valley … The places that take care of the people who need food. That’s where I put my monthly donations,” Clark says of the Los Angeles-based nonprofits.

“I’m kind of at the tail end of my career, you could say,” explains Clark, and she typically waits for her agent to present her with acting opportunities. In the past several years, Clark has had a variety of roles on TV including in shows “Criminal Minds” and “Twin Peaks,” plus roles in movies such as “5 Weddings,” “Cold Moon” and the critically-acclaimed “Zodiac.” Jobs may wax and wane, but Clark also stays busy with events connected with the spirit of “American Graffiti.” “I have been doing a lot of personal appearances in hot rod shows,” says the actress. “But this year all of them have been canceled. As soon as we get a vaccine, that’s when we can kickstart everything again.”

During this time, she leans on social media to help keep her connected. “Facebook is really a lifesaver for keeping in touch with actors and people you’ve known from the past, and you can keep touch with everybody,” says Clark. “I like Facebook more than Instagram. It’s more of a social scene and boy do we need a social scene!” She also says that through Facebook she has found many people that she had lost track of over the years.

David Bowie Memories
David Bowie held his own in a few incredibly memorable acting roles during his lifetime and Clark co-starred with him in “The Man Who Fell to Earth.” “I have a lot of fond memories of David,” says Clark. “Perhaps he didn’t focus on his acting so much, since he was really focused on doing concerts. He probably got a lot of acting offers, but for a movie, you have to commit to at least a couple of months… I think he had a lot of opportunities, but he couldn’t take them.”

Clark particularly liked that Bowie liked to run lines and attributes that to his work in the music world with all the rehearsing and practicing he did in advance of his concerts. “I like to go over the lines to death because once I have the lines down, I can be really relaxed,” she notes.

She appreciated his work ethic and realizes that the film still has a great fan base, in part because of Bowie’s fan base.

The ‘American Graffiti’ Legacy
“American Graffiti” is a classic film directed by George Lucas that is routinely selected as one of the “must see” films that appeals to every generation. Although the film captures a brief glimpse of time in 1962 in the lives of teenagers, it remains iconic. In the film, Candy Clark portrays the lovable blond bouffant-coiffed Debbie that is spending a night cruising around town. In addition to Clark, several other Hollywood notables cut their acting chops in this film including Ron Howard, Cindy Williams, Paul Le Mat, Mackenzie Phillips, Richard Dreyfuss, Kathleen Quinlan and Harrison Ford.

During the filming of “American Graffiti,” Clark did have a sense that something special was happening. “I’ve always been an active book reader,” Clark explains. “I could tell by the script that it was really well written. So was my first film ‘Fat City,’ written by Leonard Gardner. ‘Fat City,’ ‘American Graffiti’ and ‘The Man Who Fell to Earth’ all had excellent writing. I had a feeling that ‘American Graffiti’ was going to be a hit. I was a little bit alone in that opinion.” It helped that she fondly identified with the story as she spent her teenage years cruising around between drive-ins in Fort Worth, TX.

There was a cast and crew screening at the Writer’s Guild in Los Angeles a year after filming wrapped. “It was packed, and I was sitting on the steps as there was standing room only,” recalls Clark. “I remember when they started ‘Rock Around the Clock’ and you saw the image of Mel’s Drive-in and that beautiful sunset picture… The whole audience, and this was cast and crew, all stood up and cheered! It gives me goosebumps even today. I have never seen anything like it ever in my life, and I’ve been to a lot of screenings. It was amazing, and I thought, ‘We have a hit. We have a hit!’”

Most of the film was shot at night. “We all stayed at the Holiday Inn… I think it was in San Rafael,” Clark says. “It was fun go watch as it was being filmed, but not all night. That’s very exhausting. If you didn’t have to shoot, you’d stay at the hotel. We’d have breakfast, lunch and dinner together. If we weren’t working, we hung out and did stuff.”

She recalls that it was chilly during filming, but it moved along pretty quickly. “We’d rehearse it, run it, walk it out for the camera and shoot it when it started getting dark,” she explains. “Quickly we learned that there was only going to be one or two takes. George was going to print the mistakes and move on.”

The nighttime shoot took a toll on the director. “George was getting exhausted,” says Clark of the director who back then was quiet and introverted. “He was editing in the day and shooting all night.”

Clark says that the entire budget, including the rights to the songs used in the film was only $850,000. Even back then, it was still considered a low budget film. “We shot it in 1972 and a lot of the music was from the ‘50s and ‘60s. So, we’re in ’72 and we’re talking about ’62, which seemed like a lifetime ago because the music and the whole attitude of people had completely changed.” It was a nostalgic film shot only 10 years after the actual date of when the fictional events took place. 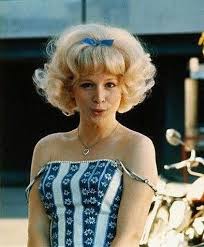 Clark recalls that Lucas spent $40,000 for 41 songs used in the movie. Because so much of that music had become dated as other musical genres were emerging at the time, Lucas got an absolute bargain on the “American Graffiti” music. Ultimately, the film wound up sparking a renewed interest in many of those music artist’s careers and the car show culture. “I love that film so much. I’m so proud of it,” gushes Clark. “American Graffiti” is currently ranked No. 77 on American Film Institute’s 100 Greatest American Movies of All Time.

After the success of “American Graffiti,” Clark talked to Lucas about auditioning for a role in his lofty space opera “Star Wars.” “He said, ‘Nah, we don’t want any ‘American Graffiti’ people in this movie,” recalls Clark. “And then there’s Harrison Ford! I heard Paul Le Mat tried out for it, too.”

“Back then Harrison was very helpful,” continues Clark. “His career was very quiet. He was just beginning, basically, and he had a little part in ‘American Graffiti.’ He would help audition other actors. He would run the lines when they would be filming other actor’s auditions. He would be off camera while they were trying out people for other parts. As a result, he got really good at running the lines.” The rest is Hollywood history.

The last time the actors of “American Graffiti” were all brought together was for the April 2000 issue of “Vanity Fair” that was shot by Annie Leibovitz. “It turned out to be a three-page fold-out and I was really proud of it,” says Clark. “I knew where the original cars were, and they were going to get replica cars (for the shoot). I said, ‘Why… I know where the real ones are! I called the owner and he drove them from San Francisco down to Culver City Studios where we shot that picture. It was over in a flash, and it was so disappointing.” Much like the events of “American Graffiti” itself, it was only a fleeting moment in time.

“The ‘Graffiti’ people are my friends forever,” finishes Clark. “Every one of them.” To see Clark’s complete filmography, visit her IMDb page.