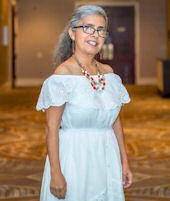 Taking a leap into becoming a first-time movie director can be an overwhelming endeavor. Perhaps it is even more daunting when your background is not in the film industry. But Betty Ramirez did just that – directed her first-time film with passion and insight serving as her teachers on the insightful documentary. “COVID-19 vs. Arizona – Our Stories” is Ramirez’s directorial debut, produced in conjunction with the Chandler International Film Festival.

Betty Ramirez lives in Chandler, Ariz., and has long been interested and involved in community affairs. “A few years ago, I started doing short videos for social media,” explains Betty Ramirez. “Then I became involved with the Chandler International Film Festival in 2018 and became the festival’s vice president in 2019. I got to thinking about how I could give a voice to our community concerns that we were having about things that were going on this year, and how we could do a project with the help of the Chandler International Film Festival that would benefit people and also benefit the festival.”

During a time when most film production is on hold around the world, Ramirez saw a unique film-making opportunity. “COVID-19 changed our lives so drastically and in such a negative way that I wanted to do a documentary that showed our struggles in a positive way, and show how we are dealing with this situation,” she explains. “I wanted to show how our community can come together and rise up to be strong during such a hard and stressful time and come out better than before – emerging out of something that is so unthinkable.”

Community Voices Being Heard
The documentary film includes many interviews with those in Arizona leadership positions. Including strong voices as interview subjects in the documentary film was important to Ramirez. She says, “I wanted people to hear the voices of our community leaders, business owners and young people and how COVID-19 has affected their lives and the lives of the people around them.” Indeed, the film covers a wide variety of people within the community, each having a unique perspective as it pertains to COVID-19 and how they see the state emerging from the pandemic’s shadow. 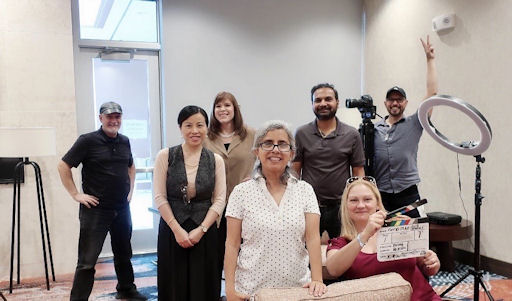 The timing of filming “COVID-19 vs. Arizona – Our Stories” was an ideal accident where timing is concerned. “Since we did the interviews in May during the time that things in Arizona reopened briefly, we really didn’t have any problems with things being closed,” says Ramirez. “The main challenge was to be able to schedule all the interviews during a two-week period and have everybody able to make time in their busy schedules. People were busy dealing with the COVID-19 situations themselves in their businesses and in their offices, so it was a little bit tricky to get the people we wanted to be in the documentary.”

Lessons Learned
“Directing my first film, I learned so many things,” says Ramirez. “The most intriguing thing I learned is how every single person had a unique story to tell about their experience and how they were coping with the situation and looking for something good to come out of the bad.” While making the film, Ramirez also had the help of some Arizona film veterans — Mitesh Patel who served as producer, director of photography Bernie Tarin, assistant director Melody King and veteran sound technician and editor Joe Becker.

The first-time director had a good experience with her first film. Ramirez explains, “I loved working with my crew. It felt like I was working with family.” The love of filmmaking has engaged Ramirez. She is already looking forward to her next directorial endeavor.

“COVID-19 vs. Arizona – Our Stories” will have its world premiere on Saturday, August 1 and will be available online at https://vimeo.com/ondemand/ciff. All proceeds from the film will go toward the nonprofit Chandler International Film Festival. The annual film festival will take place online and in-person January 21 to 24, 2021 in Chandler, Ariz. The film festival prominently features BIPOC and women filmmakers from around the globe. 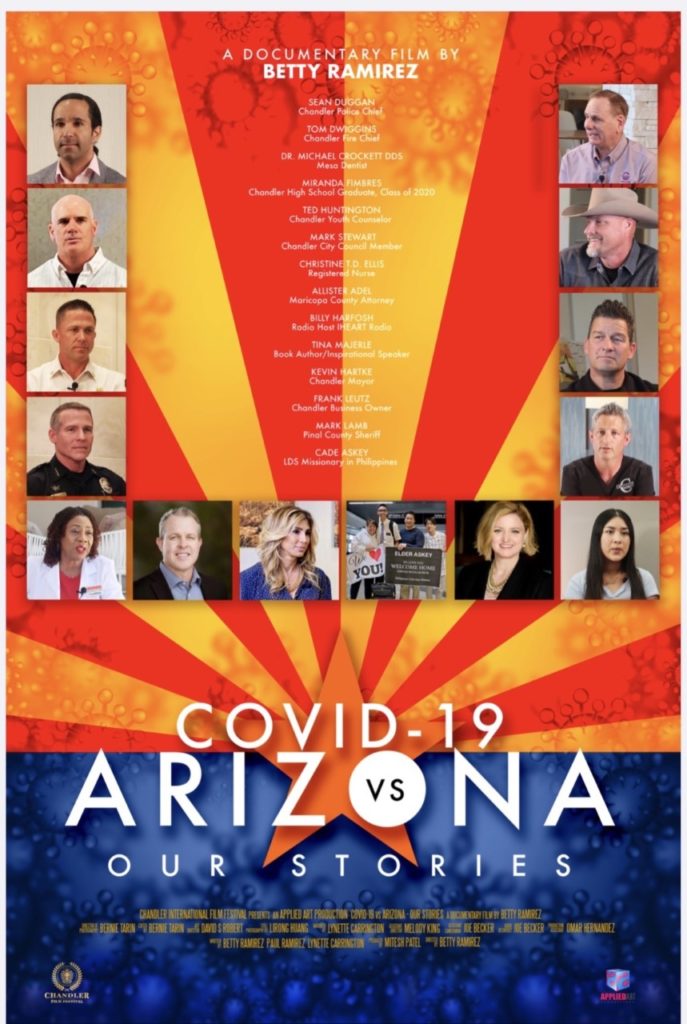