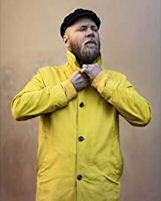 The new short film “Alive” delves into subject matter that is not often covered in film. The film gives a bit of insight into the world of Viktoria, a woman confined to a wheelchair and with some level of disability. Her caregiver, Ida, is a beautiful young woman with an affectionate boyfriend. Viktoria reveals her frustration that she wants to have the physical love of a man. Her desire absolutely feels primal and not romantic in any way.

Ida creates a Tinder profile for Viktoria, but, as any good caregiver would, Ida is soon concerned about a man that has agreed to meet Viktoria in person. What ensues is Ida’s struggle of emotions taking place between wanting to see Viktoria happy, yet wanting to keep her safe.

The short film is not graphic yet has a rather revealing ending dialogue that bluntly explains how Viktoria felt about the whole experience. The film deals with a delicate and personal subject matter in a way that is raw and poignant, and punctuated with a few fleeting moments of cheeky humor.

Swedish writer and director Jimmy Olsson has 10 short films to his credit, some of them earning multiple awards at film festivals around the world. He took the time to chat with It’s Just Movies about this unique film.

IJM: What was your motivation in making this film?

Olsson: Last year I listened to a podcast and there was a story about a disabled guy who wanted to have an escort and he told his assistant that he couldn’t be at his home when the escort arrives, so the assistant had to wait outside at a coffee shop. When I listened to that story, I immediately felt something. Every time I write something or when I make a film, it’s almost from what I have read or experienced in real life. Even if it’s just a sentence or a split second of a situation, I can sense if there is a film there or a piece of drama. In this case I almost went inside this assistant waiting for that escort. Who would come? What does this person look like and what could happen? What happens if something bad happens? Who´s fault is it? Who is responsible? That got me into thinking about prejudice. That got me thinking about how we as able-bodied people might think and see disabled people. I wanted to challenge my own prejudice I have had in the past. I wrote the script at a record speed when I was at the Munich airport waiting for my flight home to Stockholm. Everything just flew out of me and I had a first draft in like one-and-a-half hours. I got really insecure. Is this anything at all? Could this piece be any good? I emailed my producer and he read it and liked it and thought we should do something with it.

IJM: Did you have experience with disabled people before you made this film, or did you seek the insight of a person who was disabled when writing or putting together the story?

Olsson: When I was in my early twenties, I worked as a personal assistant to a man who had a stroke and was half paralyzed, but other than that I haven’t got much experience. In my story the character Victoria has had brain damage suffered after an accident. She has trouble speaking and moving. When I wrote it, I never thought of her as disabled in that sense. She has a lot of humor and speaks the same way as anyone else, but she has some physical trouble getting everything out. I thought of her as a person who wanted intimacy and it would have worked as a story with an able bodied person as well, but I felt it would be more powerful this way because perhaps we don’t think of a disabled person in this manner. They want the same things as able-bodied people want. Perhaps we forget that sometimes. 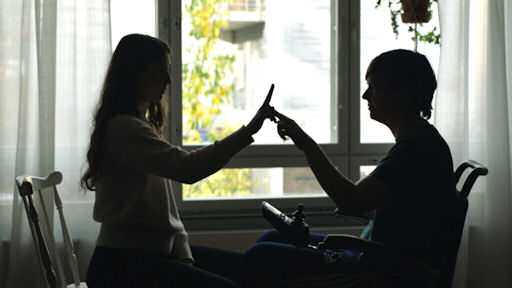 IJM: What was the mood of the film you were setting out to achieve and what did you do to capture that mood visually?

Olsson: I am a big fan of the Dardenne Brothers films. Their stories as super realistic looking. They have perfect mise-en-scène in my view and I wanted to shoot a film that is realistic looking. I thought that it would be easier to get into the characters this way and I wanted to create a sense of loneliness in the film, a sense of calm and contemplation. I really like the pacing we created and I would love to make more films like this in the future. Perhaps some people want to see something more cinematic and I agree sometimes, but here I don’t want the audience to escape reality. I want them sucked into the reality.

IJM: What was your casting process like and were you quite satisfied with the performances you got from your three actors?

Olsson: I knew I wanted to work with Madeleine Martin who plays Ida. I knew her from before and asked her first, so that was a no brainer. Then the producer and I tried to find a disabled actress here in Stockholm but we didn’t really find the right fit. Fact is, that I feel that we shouldn’t think about finding someone who is in a wheelchair for real and then isn’t really up to par acting wise. I thought instead, let’s find a great actress who then can try to research and mimic a certain type of damage instead. Madeleine sent me an email with a picture of Eva Johansson (Viktoria) and I recognized her from another short I had seen several years ago. I asked her to come in for an audition together with Madeleine, and I immediately felt that she has got the engagement and willingness to explore this character, so after an hour or so she was cast. After that we started to work with the character and the text and we met several times – all three of us, and something very nice came out of it. Joel Ödmann, who plays the boyfriend, was also a suggestion from Madeleine. She knew him and had worked with him earlier. She wanted to have someone she could feel safe with since she has a “sex” scene. I am extremely happy with the cast. They are all very good and a big part of making the film so good.

IJM: Did you have any specific challenges in making this short film and how did you overcome them?

Olsson: This film was a joy to make. A tiny budget and a tiny core team shot for two long days and it went perfectly I’d say. Of course, a better budget and one more day would have helped, but the outcome with these circumstances are superb. I am more than happy.

IJM: I see that your shot film is Oscar eligible! Is there anything special that you are doing to help push the film along to help in your pursuit of possibly getting an Oscar nomination?

Olsson: I am very happy about that. The film’s subject is quite rare, and I think it has a good shot at getting nominated. I am working with Catherine Lyn Scott and Petra Bryant at London Flair PR and they are helping me spreading the word about the film. I have also contacted a lot of reviewers and critics myself. 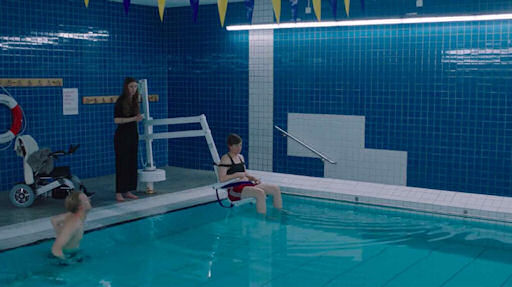