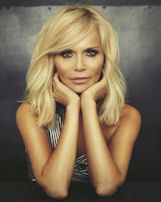 Kristin Chenoweth is an Emmy and TONY Award-winning Broadway powerhouse who can really do it all. In addition to her endless talent on the stage, she also has a considerable resume in television and film.

Her current movie, “National Champions,” is now available on nearly every platform. The film’s synopsis views football with a business lens. A star quarterback ignites a firestorm when he fuels a players strike mere hours before the biggest football game of the year as he fights for the rights and respect of student athletes. The film stars J.K. Simmons as Coach James Lazor and Chenoweth portrays the coach’s wife, Bailey Lazor.

“I took the role as the coach’s wife, (coach) played by J.K. Simmons, who will probably win another Oscar for it. He is so good,” says Chenoweth. “I took the role because I find it an interesting subject matter that young players in college who are getting scholarships to play are not being paid for their likeness. If they get injured, then they have to move on to the pros injured. That interests me because I’m a performer and I had the very similar situation.”

She continues, “If you look at sports and athletics, we’re both the same in that I think we’re both athletes. I happen to be leaning more towards the side of players being paid for their likeness. I know they are moving in that direction and I’m very happy about it. The truth is every time they step on the field and every time I step foot on a stage, we are taking a risk, a physical risk. I want them to be compensated for that. God forbid, what if it’s a career ending injury? These are the things that need to be addressed, and ‘National Champions’ does that.” 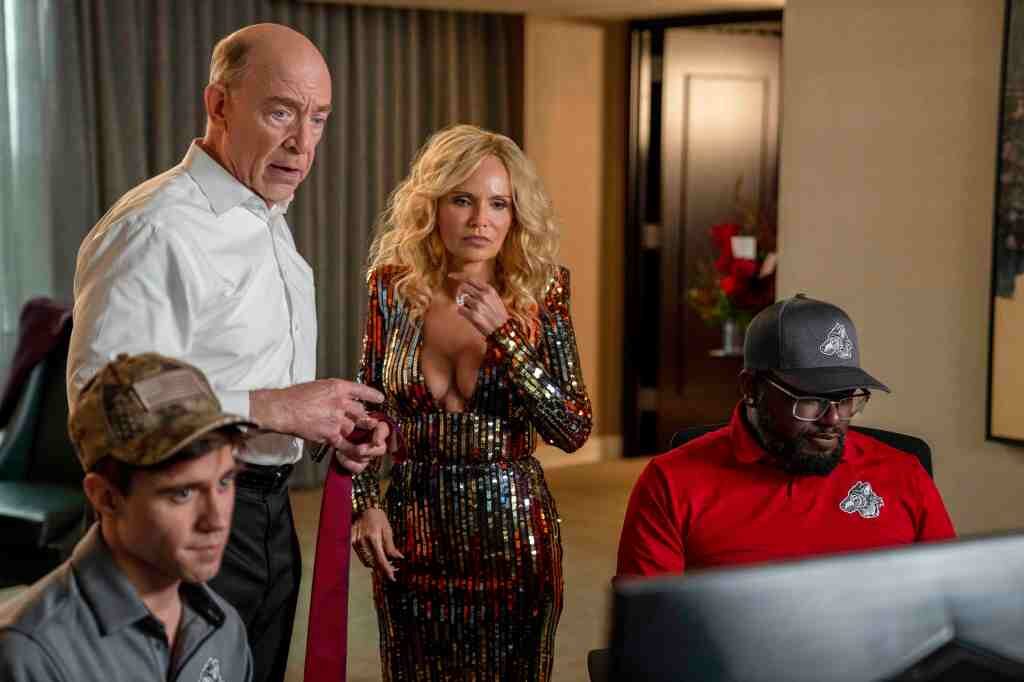 Chenoweth also recently starred as Mildred Layton in Apple’s acclaimed musical-comedy series, “Schmigadoon!” starring Keegan-Michael Kay, Cecily Strong, Fred Armisen and Alan Cumming along with a treasure trove of talented actors. Written by “Despicable Me” duo Paul and Ken Daurio, “Schmigadoon!” follows a couple who on a backpacking trip designed to reinvigorate their relationship when they discover a magical town in which everyone acts as if they’re in a musical from the 1940s. They then discover that they can’t leave until they find “true love.” In true Kristin Chenoweth fashion, she lights up the screen with her brilliant vocals, sass and comedic timing.

She next brings her talent live and in-person to Mesa Arts Center in Mesa, Arizona, to help raise funds to support the Mesa Arts Center Foundation. The concert takes place on Jan. 29 at 8 p.m. The concert will include much of Chenoweth’s “For the Girls,” an album including numerous covers and some special collaborations.

Chenoweth explains, “I wanted to tip my hat at all of the artists, songwriters, and female singers that have made such a big impact in my singing life, such as Dinah Washington, Carole King and Dolly Parton… These are the women that really shaped and molded my singing career.” Additional guest artists on the album include Reba McEntire, Jennifer Hudson and Ariana Grande. 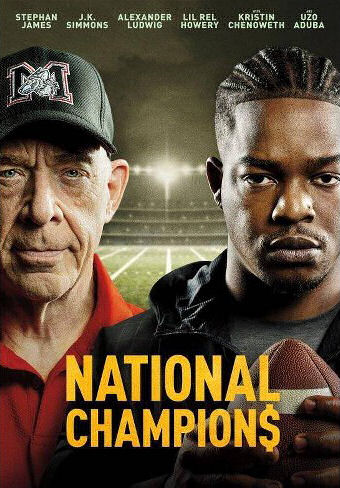 For Chenowith, it was important to integrate different generations of female singers on “For the Girls.” “Dolly’s the queen of country, and there’s Reba who’s just right behind her,” says Chenoweth. “Then Jennifer Hudson, who is in my age category, a little bit younger, but still, we’re together. Then Ariana, who is even younger. It was really important to represent to anyone listening to the record that I was paying attention to all of the singers who have come before me, my cohorts, and who come behind me.”

“For the Girls” didn’t get a proper tour in 2020 and 2021 due to the pandemic. At Chenoweth’s Mesa Arts Center show, attendees can expect to hear material from that album and more. “I’ll be doing a lot of those songs and there’s always going to be surprises with me,” she says. “I’m constantly adding new songs and taking songs out. So, yes, I know that there will be some songs that nobody has heard me do yet. That’s part of what’s most fun about being a live performer. You get to decide what songs you want to do, and you can change that up at the last minute. That’s why I love this art form the best!”

Having such a diverse and seasoned performer come to the Valley is a wonderful opportunity to engage legions of fans. Development Director at Mesa Center for the Arts, Renee Lopata says, “Mesa Arts Center Foundation is thrilled to have a dynamic and multi-talented star to help us raise funds to support the programs at Mesa Arts Center. We had to split the pre-show receptions into two venues on campus to accommodate the high demand of ticket sales due to Ms. Chenoweth’s popularity. She brings the perfect amount of energy, sparkle and talent to help us celebrate Mesa Arts Center and the work we do in our community to connect youth, veterans and older adults though our engagement programs.”

“I’m excited that it’s a fundraiser and I’m excited that we’re raising money for the arts,” adds Chenoweth. “Frankly, I do love the area. This is a fact. My fiancé and I just love being there. I’m not ashamed to say we’ll probably go to a spa, eat some great food and try to relax a little bit.” 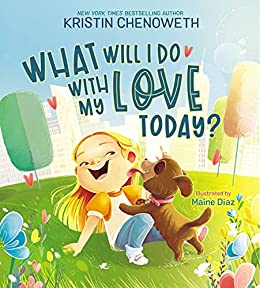 Chenoweth’s talent flows well beyond theatre, TV and movies. Her first book, the memoir “A Little Bit Wicked,” was a best-seller.
Now, she ventures into the children’s book territory with “What Will I Do with My Love Today?”

The inspirational book was a full circle endeavor for the songstress who was adopted and is also mom to a rescue dog. “We have our families and then we have our chosen families,” she says. “I was definitely part of a chosen family. What I’ve learned is that there’s enough love to go around for everybody. My dog, my rescue dog Thunder, gives me so much love and I give her so much love.”

She continues, “The message is love and what can you do to pass it on. When you pass on love, or even a smile, or a prayer for somebody, or helping somebody cross the street with their groceries, these are things that we can do with our love. These are things that we can show humanity. The past two years, we’ve really, really paid attention to that and I’m very proud of that.” Ultimately, the book is about spreading love in every way – big and small.

Diversity is another topic that interests Chenoweth and she embraces what it means to so many people who may feel unrepresented or unseen. “First of all, I was seeing diversity on Broadway long before Black Lives Matter and I was so happy to see it because that is life,” explains Chenoweth. “We live in a world where there are all kinds of people and we have to represent. I need a little girl to sit at home and I need them to watch Brian Stokes Mitchell or Norm Lewis and go that’s like me. I need a little girl in India to look and say that’s like me. When you recognize yourself in somebody on stage, it is so huge.”

“I’m really proud of Broadway. We’ve been a step ahead of that diversity. But it’s a movement that needed to happen and it continues to be, and it needs to not stop. I always thought, ‘Well, it doesn’t apply to me because I’m diverse in my casting.’ I’m diverse in what I choose to do. The truth is two ears and one mouth, listen harder, speak less.”

Chenoweth has her theatrical roots firmly planted in her hometown of Broken Arrow, Oklahoma. The Kristen Chenoweth Theater at the Broken Arrow Performing Arts Center that is serving in establishing a legacy for the iconic performer. In addition to bringing in Broadway shows and a variety of other musical and performing acts, the iconic performer also instructs the Kristin Chenoweth Broadway Bootcamp at the venue. In 2021, the bootcamp was virtual and provided the opportunity for her to reach students in 33 states and eight countries.

In 2022, the bootcamp is expected to draw even more students. Chenoweth says, “…We can have kids from other countries join us still and have their lives changed by being with people like them – People that understand because they love the same thing. I’m very proud of it. It’ll be my legacy but more importantly, it’ll be something that I hope lives on long after I’m gone. It’s the thing that I care the most about.”

For more on Chenoweth’s filmography, visit her page on IMDb. Tickets for Chenoweth’s Jan. 29 concert at Mesa Arts Center are available at www.mesaartscenter.com.