Prolific producer, writer and director Lee Chambers is riding high on another film project that is garnering much attention. In the past six years, he has taken home more tham 20 accolades for multiple films. His latest project is short film “Hell in a Handbasket.” Like his previous films, this one is currently making the rounds on the film festival circuit and has been picked up for inclusion in 15 different film festivals so far.

Chambers wrote “Hell in a Handbasket” almost as a joke before the entire world started shutting down in early 2020 due to COVID-19. “The COVID-19 virus was on the rise, and I considered the worst-case scenario,” explains Chambers. “What could go wrong? I never expected it would lead to lockdowns around the world or that it to still be dragging on.”

He wrote the film back in February 2020 and then toiled away on other screenplays during lockdown. Chambers says, “The five-page draft ended up winning the Best Screenplay at the Newark International Film Festival and they supported the production of the film with a production grant, so I decided to shoot it in December 2020. I actually thought the pandemic would be long gone and the film would be out of date by the time it was released. Little did I know… It’s still very much relevant!”

The short film features only two actors who are involved in a long-distance panicked video conversation. Although the film was scripted, Chambers gave his actors a lot of leeway with their performances. “My good buddy Hoyt Richards appeared in my first film out of film school in the UK,” says Chambers. “Hoyt is considered to be the first male supermodel and was starting a transition into acting and producing and as luck would have it, I managed to get him in my short film ‘Distress Signals’ 24 years ago.” 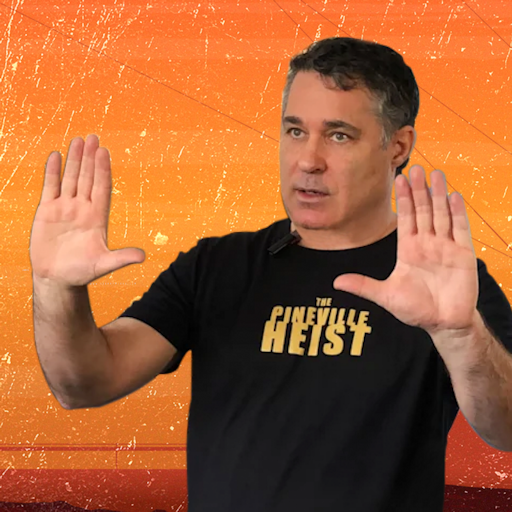 Chambers continues, “We have stayed in touch over the years and oddly, we finally found a way to work together during the lockdown for this film. Hoyt pre-recorded his lines a month before principal photography using his iPhone 12 and I edited the best takes up into a sequence that Canadian actor Robert Bryn Mann could rehearse and act to on set. The beauty of it was Robert, playing the main role of Dale, had a chance to refine his performance with Hoyt’s final performance in the film. The result worked great. I gave both actors a ton of freedom as they both just ran with the comedic and horrific nature of the material.”

Chambers expects to keep pushing the film out to more film festivals. Chambers explains, “We launched in early June and won Best Short Film right off the bat at ConCarolinas Short Film Festival in Charlotte. It was a good way to start the festival run. It’s a quick fun film that allows audiences laugh about something that may be hard to laugh at. The pandemic has been hard for lots of folks and this little short film is one way to thumb our nose at COVID-19 … or, as I call it, COVID-21.”

“Hell in a Handbasket” was a “one and done” and Chambers will not be developing it into a feature length film as he considers it a perfect five minutes of “laughs and disaster.” Chambers will now shift gears and work on some additional projects. “Under the lockdown I was very productive as a writer. I took on a ton of paid screenwriting gigs, from fantasy to thriller to comedy and supernatural thrillers,” finishes Chambers. “I am going to keep writing and get back to directing more shorts and features.” 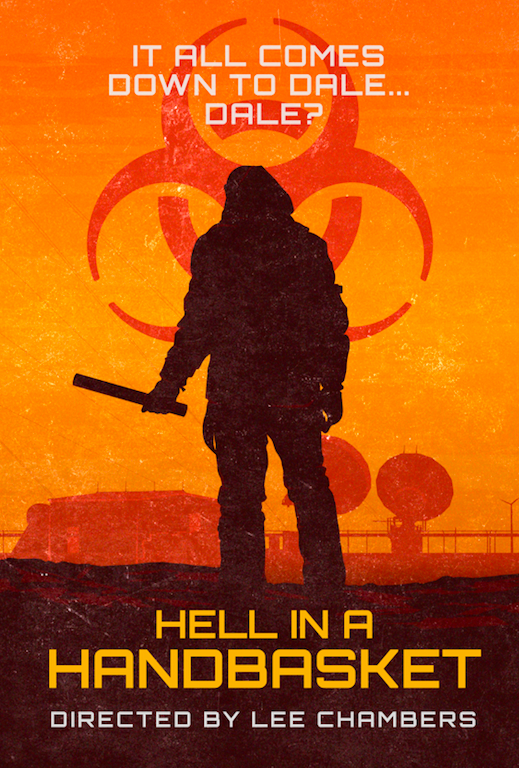 For more information on Lee Chambers and his work, visit www.leechambers.com.