Get excited for Game of Thrones Season 8

The decision to wait until 2019 for the final six-episode season of “Game of Thrones” may seem counter-intuitive to keeping fan momentum going to finally find out who will end up on The Iron Throne of Westeros, but it is in fact a very effective one. 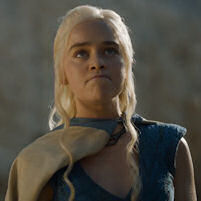 By limiting the connection to the show that has gripped fans since 2011, the demand has gone up. Fans are more eager than ever to find some way to connect with the Daenerys (Emilia Clarke) and Jon Snow (Kit Harington). But fear not – there are still many ways that “Game of Thrones” remains alive in this fallow year.

You can still binge-watch all existing episodes to prime you for the finale – complete with the nail-biting twists and turns the series has taken. And, given that the producers knew the ending fairly early on, you may even spot some clues as to how the show might end. Eagle-eyed fans had already spotted the Jon/Daenerys connection seasons ago through repeated studying of the books and series, so there may still be some hidden gems. Plus, with George RR Martin’s books taking a slightly different journey to the finale – some characters that died in the show are still alive in the books! – re-reading may satiate your desire to connect with the franchise.

Gaming is another way to enhance the “Game of Thrones” universe and continue to connect with the series while we await the fate of Westeros. A Steam-based role-playing game exists that allows players to play in the show’s universe, while a strategy board game was released in 2003 focusing on the supremacy and manoeuvring aspects of the show.

Alternatively, fans can read about the new “Game of Thrones” slots game, which features emblems and elements from the hit show with slot gameplay. By connecting through playing slots online, fans can indulge in “Game of Thrones” content, while also having a turn at being Tyrion Lannister (Peter Dinklage) as you attempt to strategically manipulate the outcome to win the Iron Throne.

Indeed, fans can even indulge in games that are inspired by “Game of Thrones.” For example, slot game Dragon Champions takes the medieval battle and dragon themes, while Ice Cave takes the Viking-style elements that make up The Wall and the denizens of the other side of the wall. By taking each element, both games, as shown in this online Canadian casino Slots Heaven review, allow fans to connect in a different way with a theme that captivates their interest. “Game of Thrones” encompasses such broad themes, that each aspect that appeals to each viewer can be mocked up in another form elsewhere and allow them to connect with the element of “Game of Thrones” that they truly enjoy.

The possible spiritual sequel to “Game of Thrones” is on everyone’s minds, and given how elements that are loosely related to the show have been able to attract fans, there will be no doubt that the spin-off will also develop such a strong following. The show, which will act as a prequel to the action of the main series, has a wide range of material from which to choose – and the five scripts produced so far show that producers themselves are torn with which direction to go.