Games Being Developed for The Hobbit Trilogy

Kabam, a leader in massively multiplayer games for connected devices, and Warner Bros. Interactive Entertainment have partnered to co-publish games for mobile devices and the Web inspired by Peter Jackson’s “The Hobbit” Trilogy, a production of New Line Cinema and Metro-Goldwyn-Mayer Pictures (MGM). 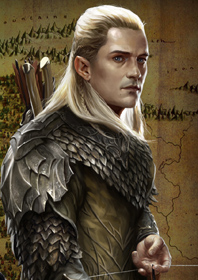 “The Hobbit films are among the most anticipated entertainment launches of all time,” said Kevin Chou, CEO of Kabam. “Kabam’s unique ability to blend the art of game design and the science of free-to-play distribution makes us a natural fit to partner with Warner Bros. Interactive Entertainment to deliver thrilling games via the Web and mobile devices for The Hobbit film fans around the world.”

“We are very pleased to work with Kabam in creating immersive free-to-play online games on massive scales across multiple platforms,” said Greg Ballard, senior vice president of digital games at Warner Bros. Interactive Entertainment. “Kabam’s Armies of the Third Age and Kingdoms of Middle-earth will be an excellent way for The Hobbit film fans around the world to delve more into the iconic story and interact with the characters in the universe.”

“The Hobbit: Kingdoms of Middle-earth” is a game for mobile devices that challenges players to build and manage their own kingdom in Middle-earth, joining with other players to explore and engage in epic war. “The Hobbit: Armies of the Third Age” is a browser-based game that puts gamers at the helm of an army of Elves, Dwarves or Orcs, controlling heroes including Bilbo Baggins and Gandalf the Grey, in fast-paced strategic combat, with the fate of Middle-earth hanging in the balance. Both games are free to play and will feature iconic locations and characters from The Hobbit Trilogy.