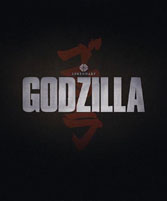 For those of you who may not recall, the last Godzilla film, helmed by Roland Emmerich, came out back in 1998 and was skewered by critics. I couldn’t tell you much about that re-imagining off hand because frankly, I don’t remember much about it. But the general consensus was that Emmerich’s version was dreadful all around. Terrible acting, terrible dialogue and impossible scenarios made up his version. With the bar set very low, I don’t think it will take much for director Gareth Edwards to improve upon his predecessor.

Production on the reboot began just over one year ago and Edwards has sent out a video blog to talk about the movie’s progress. Not much is revealed, but what Edwards is able to tell us from his video diary is that there were about 600 extras on set during Elizabeth Olson’s first day of shooting.

Moving on, another vid for the reboot has hit the net from a different source. In this second clip, uploaded to YouTube and shared by DreadCentral, a hydraulic landing craft is tested. The footage is only 10 seconds in length but interesting nonetheless.

Around the same time the Edwards’ video blog was released, photos of Aaron Taylor-Johnson sporting a short haircut emerged on the web. Incidentally, a wardrobe malfunction happened during one of his scenes. You can view the photos and read more about it HERE.

From what’s been revealed so far, I’m optimistic that Gareth Edwards’ “Godzilla” will be a film to watch.

What do you think? Are you looking forward to next year’s “Godzilla”?