Guardians of the Galaxy: New Poster

Recently, we were treated to the trailer for the upcoming and highly anticipated movie “Guardians of the Galaxy.” The internet exploded, and everyone had there opinion. We also have a new poster for the film, and there is plenty to be said about it as well. 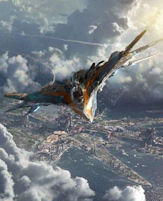 In my opinion, this poster is a fantastic example of how to properly promote and excite the masses for an upcoming film. When the trailer for “Guardians of the Galaxy” was released, we saw the usual internet battles between the purists and the newcomers. The purists argued that the comic book was greater, and the newcomers insisted the trailer was mind blowing. Of course, there also are the neutral folks, who simply believe this is just another comic book movie, and perhaps are even growing tired of them.

Personally, I must admit the trailer was very exciting and attractive, and I believe it is an excellent tool to lure in all of those who have no idea what or who the “Guardians of the Galaxy” are. But now with this new fantastic poster, they further cast their nets by saying this is a movie from the people that brought us “Captain America,” “Thor,” “Iron Man” and “The Avengers.” We already know what these movies brought to the table, but including them in this poster is an excellent way to remind us this is all one big shared universe. 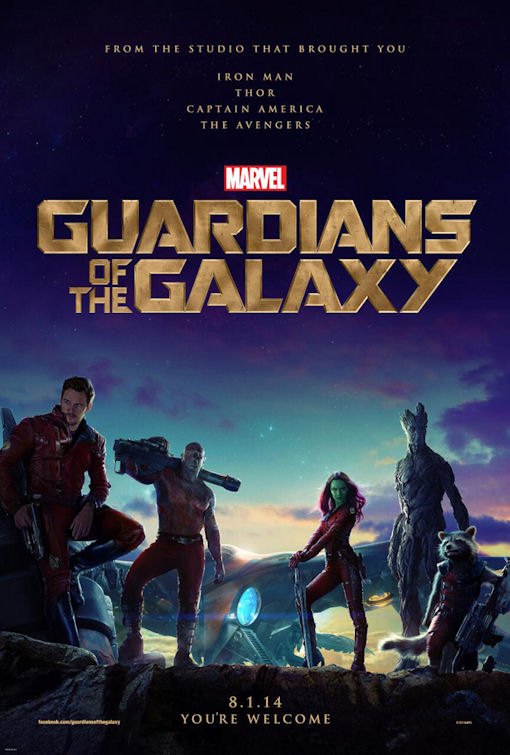 Now, no matter what the purists say, or the newcomers say, or the neutralists, I believe this is a beautiful science fiction poster. It looks like a mash up between a Guillermo Del Toro movie and Joss Whedon’s “Firefly.” This can only be a good thing in my opinion, and personally I cannot wait to see the full-size version of this marvelous poster at my local theater.

Here is a brief plot description of the movie for those who have never read the comics:

In the far reaches of space, an American pilot named Peter Quill finds himself the object of a manhunt after stealing an orb coveted by the villainous Ronan.

I am looking forward to this movie, if for no other reason than because it isn’t “more of the same.” It looks colorful and stylish and very comicbook-ish. So, thank you Marvel, for doing it again.