Inspired to Travel … by the Movies

Films have a lot to answer for – they well and truly influence many different aspects of our lives. But what about traveling? There are so many incredible places that have served as the backdrop to the movies we love that it’s no wonder that they’ve got us thinking and planning to book those plane tickets! 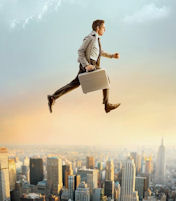 New York, New York! Home to the world’s most-used movie location, Central Park, which has featured in literally hundreds – if not thousands – of movies. Whether it’s a superhero flick, a rom-com or a feature to do with gang warfare, this iconic city has seen more than its fair share of the action (not that we’re complaining!). Surprisingly, in 2016, NYC was only the fourth-most used location to shoot films in the world, but that’s still pretty impressive considering the other locations were entire states or countries.

As the movies suggest, this really is a city that has everything. If you’re a fan of something in particular, it’s likely that you’ll find a movie tour specifically designed to suit you. For example, you could find yourself checking out the Daily Bugle office from “Spider-Man,” or a multitude of filming locations from popular TV series such as the iconic “Friends,” “How I Met Your Mother” or “Girls.”

If you’re more of a fan of exploring, just look around. Movies have been set in this city basically everywhere you look, especially so in Manhattan. Perhaps it’s the skyline or just the vibe – but you’ll have to travel there to truly see for yourself.

Las Vegas
From the wild antics of “The Hangover” to the crazy crimes of “Ocean’s Eleven,” everyone wants a slice of the action in Sin City for a bit of a break from reality. That’s the underlying theme with a lot of films set here – it is real life, but not as you know it.

If you want to experience this atmosphere for yourself, heading to Vegas itself is your best bet. You’ll be surrounded by wild antics that you wouldn’t usually have in your normal life, such as 24-hour bars and a total of 104 casinos. Of course, you’re really going to immerse yourself in the city if you actually understand the casino games.

Consider practising before you go. There are many websites that you can visit now that review and compare the different online casinos out there and let you know which ones are best to choose, so that when you arrive in the desert oasis itself, you can live out your Vegas dreams at the high-roller tables, if you choose to.

London
Ah, London. Home of the Queen, Big Ben and countless movies set in the UK’s capital. London movies are famous for their versatile nature. You’ve got edgy indies, cult classics, royal relics and so much more. Whether you’ve fallen in love with “Love, Actually” or “Notting Hill,” there are many amazing aspects of London that are brought to life for the screen.

When visiting London itself, you’ll often find that it’s far more diverse, gritty, and grey than the movies would often have you believe. The accents are a little harder to understand, and the people aren’t all super-posh and chatty. However, the city and indeed the country has insurmountable levels of charm. Be sure to visit all of the tourist attractions – everywhere from the River Thames to some of the 775 rooms of Buckingham Palace will have been featured in the movies, and now you’ll get to see the real thing.

People travel for all kinds of reasons. If you love movies, why not make a pilgrimage to live your own real-life adventures?