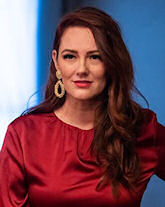 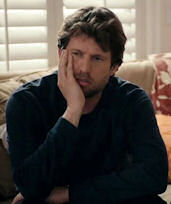 “Funny Thing About Love” enjoyed its debut at Harkins Superstition Springs in Mesa, Arizona, earlier this month when the cast, crew, director and producers pulled into the theater’s parking lot in a couple of massive stretch limos. Outside the theater, hundreds of excited fans lined up to watch the red carpet arrivals and attend the screening of the of the family friendly holiday rom-com.

The evening’s buzz was due to a few factors. One of the co-stars of the film, Jon Heder (“Napoleon Dynamite,” “Benchwarmers,” “Blades of Glory”), was clearly a huge draw as evidenced by a fair number of fans wearing “Napoleon Dynamite” shirts and screaming to get Heder’s attention on the red carpet. Another big draw was the fact that the film was shot in Gilbert and Mesa, Arizona, by the writer and director Adam White, a native of Gilbert. Lead actress Summer Bellessa was front and center to engage with fans during the evening.

“Because of COVID-19 they were trying to make this movie super quick,” explained lead actress Bellessa of the “quarantine family” the cast became when the movie shot in January 2021. “They kept us in close quarters the whole time. Yeah, it was fun!” 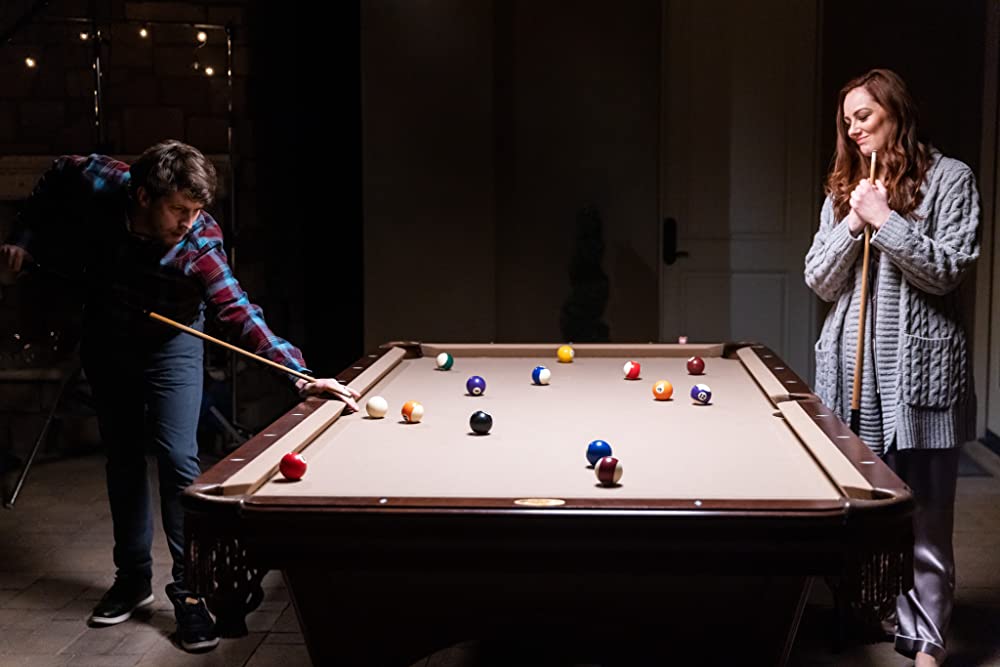 Remarkably, the movie was completed in only twelve days.

“We had a blast, plus we shot in Mesa, Arizona,” said Heder. “But there wasn’t anything else to do, even if there wasn’t quarantine… Oooo, burning bridges and burning the local news,” Heder laughed, “Just kidding… It was January, what else were we going to do?”
Bellessa chimed in, “Some people call him Jon Hater… You know, what I like about him is the honesty. You know where you stand with this guy!” Bantering like the brother and sister that they play on screen, Heder and Bellessa carried that same chemistry during their interview.

The film follows Samantha Banks (Summer Bellessa), a successful businessowner and her boyfriend Bryce Jones (Jason Gray) an-up-and-coming attorney, as they travel back to Samantha’s parents’ house for Thanksgiving. Unbeknownst to Samantha, her ex-boyfriend and famous stand-up comedian, Luke Hudson (Kevan Moezzi) also happens to be staying at her parents’ house for the long holiday weekend.

As a typical holiday unfolds in the family’s home, the awkward house guest arrangement is comedically glossed over by the brilliant performance of Gray, who provides many fanboy and geek out moments that are uproariously funny as he fawns over his famous housemate and “new BFF.” The fact that Luke is Samantha’s ex-boyfriend is entirely overshadowed by his elevated star status in Bryce’s mind. Although, the truth always has a way of coming out during family gatherings as it does in this movie. 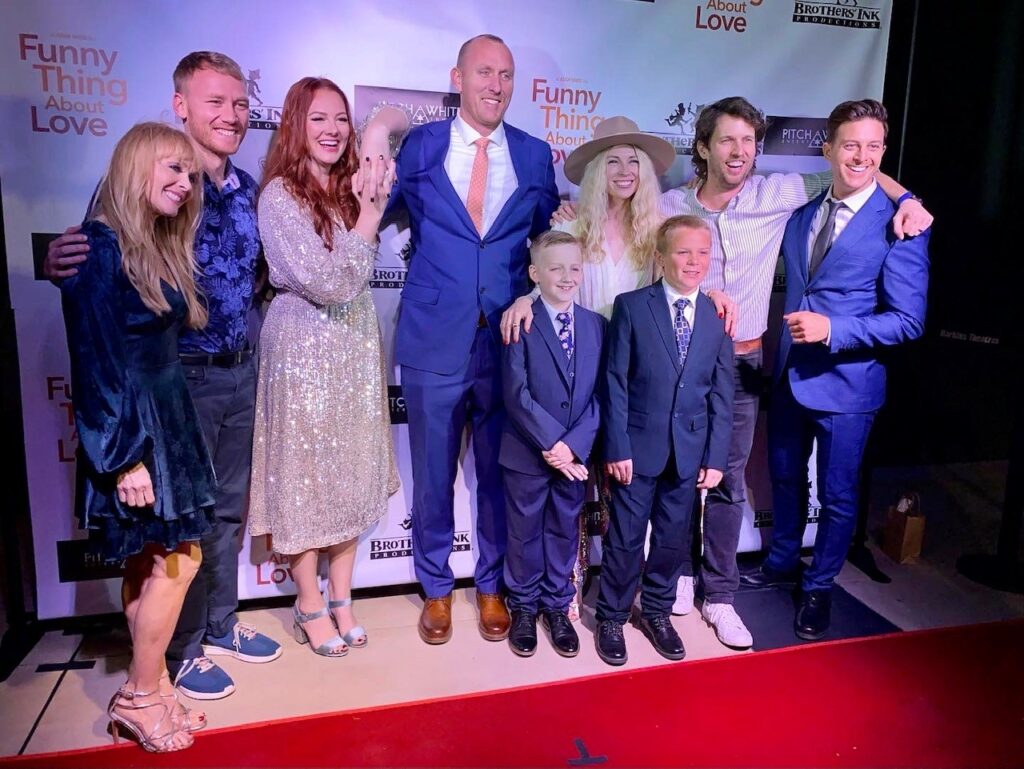 Samantha’s brother Charlie (Jon Heder) loves his sister and supports her but loves to give her a hard time in the most deadpan of ways. Heder, of “Napoleon Dynamite” fame is simply the best when it comes to deadpan delivery with a dash of cheekiness. As Charlie, the seasoned actor was so fun, and it would have been great to see him in a few more scenes.

In fact, White had a hand in getting Heder cast as her husband in the movie. “Summer is my best friend and she got me in… Then she said, ‘Hey, we’re looking for someone to cast as your husband. Can you reach out to Jon?’ So, I did. I reached out to Jon!”

Heder said, “We did a music video a year or so prior… We had a mutual friend that put us together for that music video. I knew of Summer and knew that they were a personality duo and I thought, ‘That would be fun! I like the idea of them playing besties in this movie.” The chemistry between Heder, White and Bellessa is undeniable and certainly worked in this film for both heartfelt and comedic moments. 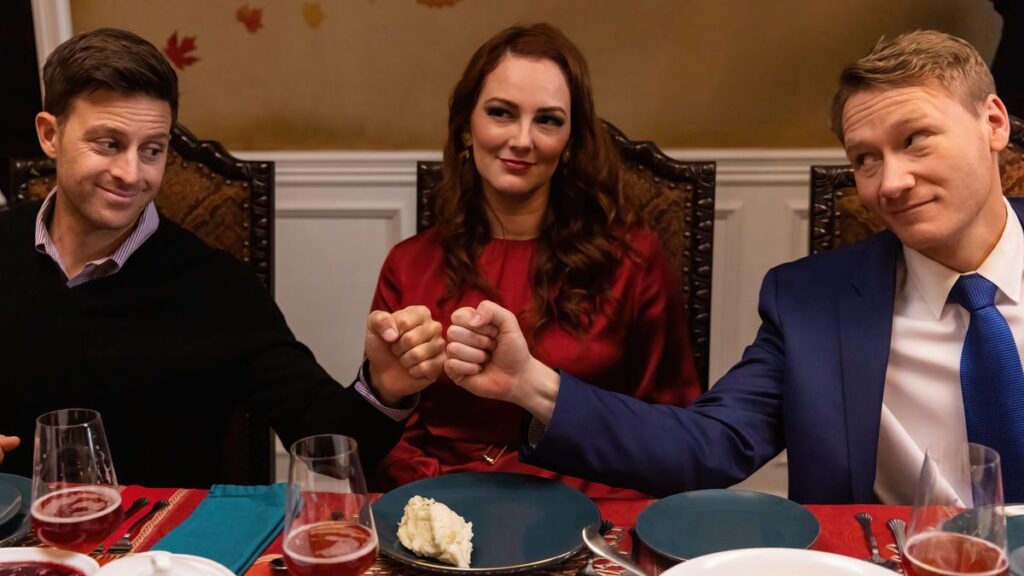 Portraying Samantha’s father, John Banks, is Pat Finn (“The Middle,” “It’s Complicated”) whose comedic timing and affable demeanor are almost outshone by a touching father/daughter scene with Bellessa which had the crowd tearing up with emotion. Almost. Those watching in the theater also recognized Finn as “Pat the Toyota Intern,” a commercial role he has portrayed on TV and in print for well over a decade. Of course, in “Funny Thing About Love,” naturally, his character drives a Toyota.

Arizona child actors Landen Adams and Brady Ellsworth portray the Banks’ sons, Michael and Truman and they were both adorable and charming in their respective roles. Bellessa and Heder are both parents in real life, and also served as “set parents” on “Funny Thing About Love.”

“It was like we had ten kids on this movie, but no real responsibility for the children,” laughed Bellessa about how the cast became one big family.

“It was great because when we were shooting, it felt like, ‘Oh, we’re in parenting mode but we don’t have to worry about these kids,” laughed Heder.

“At one point though when the kids were not listening, I fully threatened them that they couldn’t play with their iPads, but it was all for fake. Like, ‘I’m not their real parent but I’m fully, ‘If you don’t snap into shape and listen, you are going to lose iPad time!’ and they were like, ‘Whoa, what just happened?’”

Heder added, “They were pretty well-behaved kids. I will bring the hammer down, even on full-grown co-stars! No, but these kids were great. We had a great time!”

Shooting Heder a serious glance, Bellessa said, “The hammer’s dropped on me a couple of times. The Heder hammer has come down.” Heder went on to say the cast enjoyed a lot of good-natured ribbing of each other while on set.

Bellessa finishes, “We want people to watch the movie and enjoy it and all that jazz!” 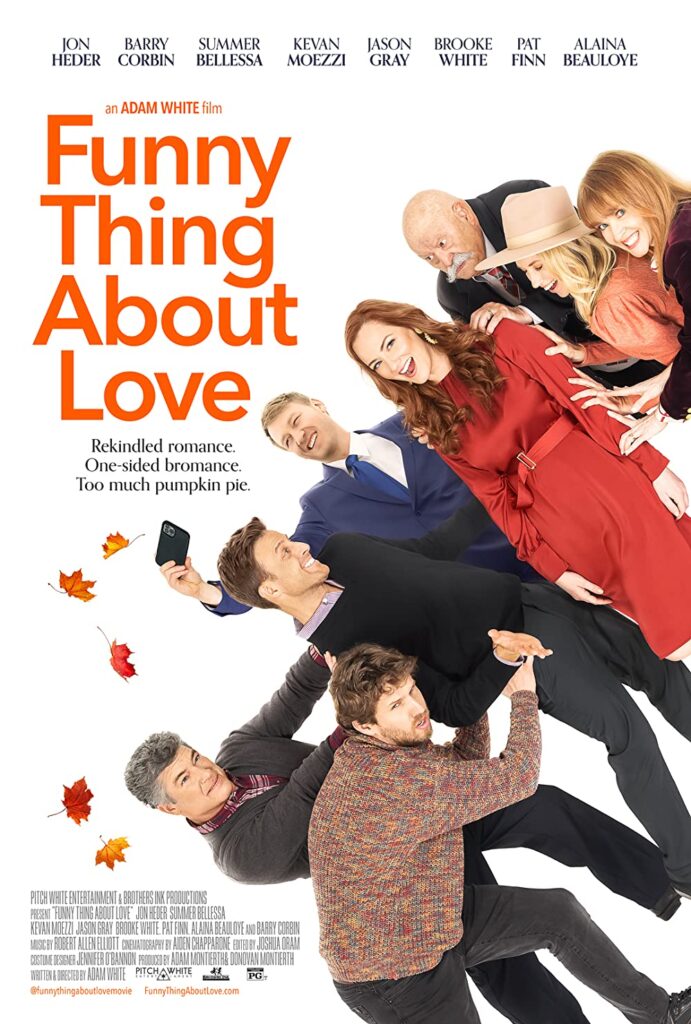