New promotional materials were released in Empire magazine earlier this week for one of the most anticipated summer blockbusters and now Yahoo Movies has also debuted the newest “Iron Man 3” poster.

This poster features Tony Stark in a battle-worn suit with seven other Iron Man suits launching into the sky in the background. It makes me wonder whether those extra suits in the background are on auto drive or are driven by more of Stark’s enemies.

If you look closely at the background, you can see Stark’s home on the verge of crumbling to its demise into the bay while Tony is perched on debris already in the water. Stark looks poised to strike with a balled fist and defend those nearest and dearest to him.

This poster and the other character posters and images that have been released are building up to what seems like a great movie. Plus, stay tuned here next week, as comingsoon.net is reporting a new trailer will be released online March 5. 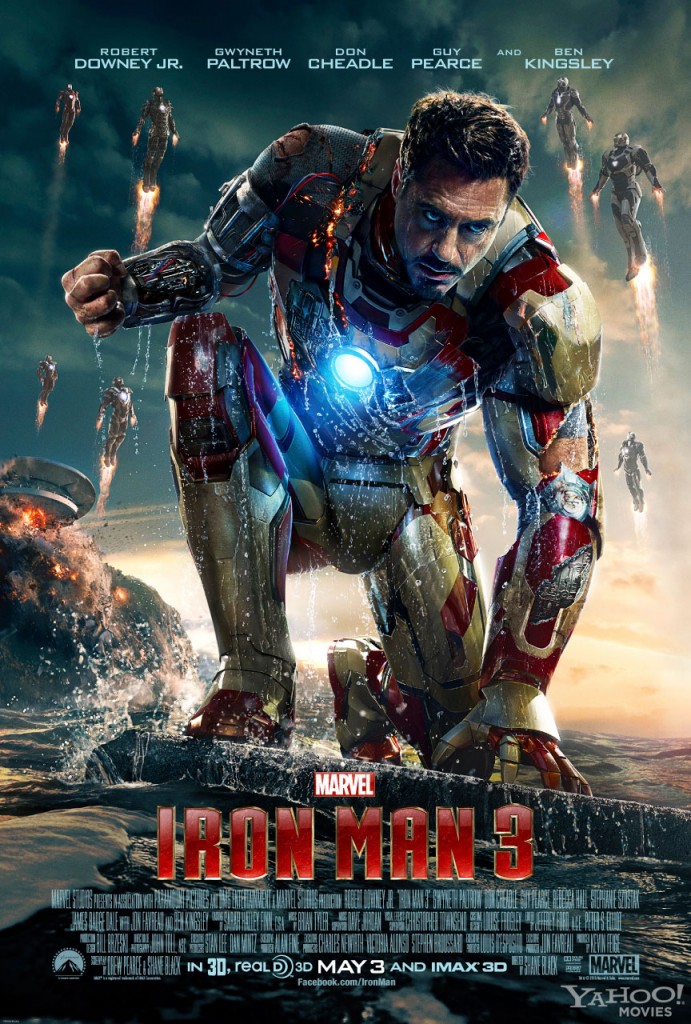 Marvel Studios’ “Iron Man 3” pits brash-but-brilliant industrialist Tony Stark/Iron Man against an enemy whose reach knows no bounds. When Stark finds his personal world destroyed at his enemy’s hands, he embarks on a harrowing quest to find those responsible. This journey, at every turn, will test his mettle. With his back against the wall, Stark is left to survive by his own devices, relying on his ingenuity and instincts to protect those closest to him. As he fights his way back, Stark discovers the answer to the question that has secretly haunted him: does the man make the suit or does the suit make the man?

What are your thoughts on the new Tony Stark character poster for “Iron Man 3”?