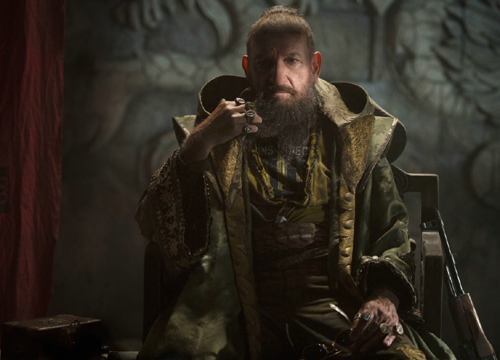 Marvel and Disney have been building hype around “Iron Man 3” for months now. Every trailer and new poster we have seen have looked awesome.

The film hits theaters May 3 and the newest trailer will have every fan drooling with anticipation and might even convert even the most skeptical after the disappointing “Iron Man 2.” You are in for a treat because this latest trailer gives us more storyline, more action and a longer look at the film’s villains, as well as a new army of Iron Man armors.

There is so much new information in trailer as well as some scenes we have seen before, so take a look at the new trailer and then go over what new things we have learned.

While the trailer showcases much footage we have seen prior, it is still the most content-rich look at “Iron Man 3” yet, with new footage and audio that helps unravel the mysteries in the storyline as well as character development. Not only does it show the inner turmoil and conflict of Tony Stark (Robert Downey Jr.), but also gives us a good reason for his fight against the Mandarin (Ben Kingsley): “good old fashion revenge.”

The first new footage we see is a new president talking about the threat of The Mandarin and there is an attack on the famous Grauman’s Chinese Theater in Los Angeles. While attacks are happening all over the world, the press is looking for Tony Stark and Iron Man, who is apparently absent. Aldrich Killian (Guy Pearce) is out to destroy Tony Stark and although we still don’t see a lot of him or Maya Hansen (Rebecca Hall), their involvement is central to the plot involving the development and use of the Extremis nanotechnology.

There is another Hall of Armor, previously unseen hidden in a floor vault. The new Extremis armor, which is interactive with Tony Stark, gets used while his hillside mansion is being destroyed and falling into the ocean. Later on in the trailer, we see Pepper Potts (Gwyneth Paltrow) appearing to be strapped into one of the machines Killian uses on some male subjects to infect them with the extremis nanotechnology

We get multiple looks at the Mandarin in his full-robed glory wreaking havoc everywhere he goes. We also see what appears to be Aldrich Killian going toe-to toe with an Iron Man armor, which leads us to believe he has enhanced himself as well with some form of the extremis virus and will be a formidable foe not only to the man Tony Stark, but also Iron Man.

The bread and butter of this trailer is the money shot that shows Tony Stark and James Rhodes (Don Cheadle) calling in for back-up and, by my count, there are 20 or more different armors flying to their rescue. Some of the ones that are easy to identify are Brute Armor (otherwise known as the Hulk Buster), a possible Deep Space armor, the Heart Breaker Armor, the Extremis Armor, the Iron Patriot Armor and possibly the God Killer armor. There are so many possibilities of which armors could be featured that we will just have to wait to see what they will actually be showcasing in more detail in the final film.

There are so many small things also featured in the trailer that this analysis could go on forever, but do yourself a favor and watch it a few times and see what new things you can notice.

So what did you think of this second theatrical trailer? Did it get you as excited for this third installment as it did for me? Is there a particular armor from the comic-books or cartoon series that you are secretly hoping to see in the film? Leave your thoughts in the comment section.