Those of our readers who were around in the early to late 1980s will most likely list Jackie Chan as one of their favourite actors. The Hong Kong-born martial arts master had his first film role in the year 1976. He was hired by a producer reportedly because of his action prowess.

Having since featured in over 100 movies, Jackie Chan is now well known to both old and new movie lovers. My first introduction to martial arts was from what I watched in Jackie Chan’s films. In this article, I will be taking a look at my choices for Jackie Chan’s top five best movies.

1. “Police Story”
Although “Drunken Master” is for many people Jackie Chan’s best movie, “Police Story” is for me and I am sure for many others it is Chan’s best-ever movie. This has been the thought of the actor himself, who claims “Police Story” is his best action movie ever and I am sure if you have seen the series you will agree with me.
The stunts in the film were quite incredible, real and very believable, the fights were well choreographed and the storytelling was told in a very entertaining manner.
Released in December 1985, “Police Story” was the first of a six-movie franchise spanning over 28 years.

2. “Drunken Master II” (“Legend of the Drunken Master”)
“Drunken Master II” is a kung fu masterpiece and if you are a lover of kung fu fighting, then you must love this movie. I have seen virtually all of Chan’s movies and “Drunken Master II” is second only to “Police Story,” in my opinion. However, some claim they do not like this movie because of the fighting in the movie, which was done in a very humorous way.
In the movie, Chan plays the role of a son of a kung fu doctor who has a great fighting technique known as Drunk Boxing, and Chan’s stepmother advises him to take on his enemies in certain situations. Unfortunately, Chan is in the habit of drinking of getting drunk, and that often leads to him getting beaten to the pulp.
The action in the movie is very fast, very funny and furious. It will leave you having to rewind repeatedly in order to check out some of the stunts in the movie.

3. “Supercop”
“Supercop” is the third movie in the “Police Story” franchise, but it deserves it own place in this list. “Supercop” was the first of the five movies in the series not directed by Jackie Chan himself.
In the film, Chan is paired with Hong Kong superstar Michelle Yeoh, who played the role of Chan’s Interpol contact. “Supercop was named by Quentin Tarantino as one of his favourite films of all time, and if you watch the movie, it becomes easy to see why it got such high praise.

4. “Rumble in the Bronx”
Many people, including yours truly, firmly believe this was the movie that launched Chan into the American market.
Although Jackie Chan had previously released movies known to many American film lovers – especially those who had access to a video store stocking his foreign titles – it was his effort in “Rumble in the Bronx” that got the attention of the America audience.
The film was a huge hit for Chan and it was thanks to this film that he would go on to have a lengthy romance with Tinseltown.

5. “Mr. Nice Guy”
Sammo Hung, who is also otherwise known as Hung Kam-bo, directed this movie which was also hugely successful.
The film tells the story of an investigative journalist who films something she should really not have. The footage ends up being mixed with Chan’s, which leads to a furious cat and mouse chase.
Unfortunately, however, most Chan fans are yet to see the original of this movie as when New line picked up the film for redistribution, it made several editorial and creative cuts. Only the Japanese version of this movie contains the full unedited version of the movie. 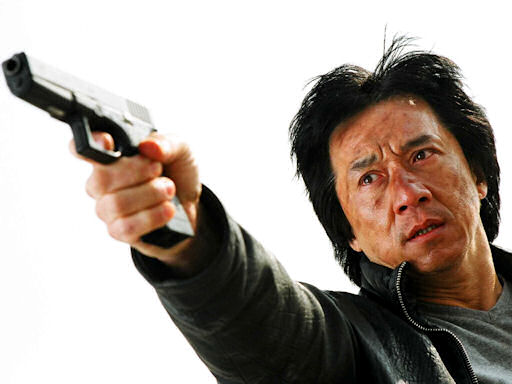 So, what do you think? Did I leave out any of your favorite Jackie Chan movies? Let me know in the comments.