Comedy writer Jon Vitti — a veteran of “The Simpsons,” “King of the Hill,” “The Office” and “The Larry Sanders Show” — will write the screenplay for “Angry Birds,” the upcoming animated 3D film based on Rovio’s bestselling app. 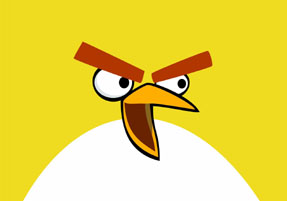 Winder was formerly the president of Rainmaker Entertainment in Vancouver, and also oversaw set-up, production and development at Lucasfilm Animation and served as senior VP of production at Twentieth Century Fox Animation, where she re-structured Blue Sky Studios and oversaw the production of the original “Ice Age.”

Angry Birds is one of the world’s biggest entertainment franchises, starting in 2009 with the original mobile game that remains the number one paid app of all time.

The upcoming movie marks Rovio’s first foray into feature films, although fans have already been introduced to the Angry Birds world with the weekly “Angry Birds Toons” animated series. Rovio launched the series in March through its Angry Birds apps, as well as on select video-on-demand channel providers, Smart TVs, connected devices and on select TV networks around the world. Paving the way for a full-length feature film, “Angry Birds Toons” has been a massive success for Rovio, clocking in more than 150 million views from the Angry Birds apps alone within the first six weeks.