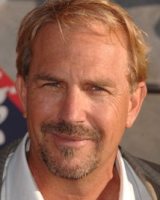 Kevin Costner is making a fantastic comeback. He has been doing movies and small projects here and there, but he hasn’t been in the spotlight for quite some time. I personally have been a fan of his for decades, and yet, I think the last movie of his I watched was “Mr. Brooks,” and that was in 2007!

But now his slate has begun to fill up again. With the monstrous success of his TV show “Hatfields & McCoys,” he seems to suddenly be the sought-after father figure actor in the business. He will next be playing Jonathan Kent, the Earth father for Superman in the 2013 movie “Man of Steel.” I am anxiously waiting for that one.

Costner also has been offered a role in the untitled Jack Ryan movie being directed by Kenneth Branagh and starring Chris Pine. What role will he play? Well, none other than the CIA mentor for Jack Ryan. Yep, he is going to be the guy that recruits Jack and trains him. That would be a fantastic role for Costner in my opinion. He can be a great mentor and father figure — as we saw in “The Guardian,” and we will see in “Man of Steel.”

He is also eyeing a mayor role for the movie “Three Days to Kill,” which is written by Adi Hasak and Luc Besson (“Taken”). And from the plot synopsis, it sounds like an amazing movie.

Read what Deadline had to say about “Three Days to Kill”:

Like “Taken,” it is a contained cost drama that is set in France and is a kicking showcase for a male star. Costner has been offered the role of Ethan Renner, a government assassin who is dying. Before he goes, he is determined to reconcile with his daughter, while taking on one final mission. Talk about a ticking clock. Besson and Europacorp are producing. I’m hearing that McG is circling the project as director, with Relativity Media aboard to distribute in North America.

This is the way to make a comeback. I am looking forward to all the projects listed above and very glad for Costner. He is a terrific actor and a screen legend.

What do you think about Costner’s big return?