“Mission Park” begins with four friends as young boys around 11 years old. At that age, there are marked differences emerging in their personalities, though they are all profanity-adept, street-smart wanna-be’s looking for ways to make a name for themselves. The violent crime that follows this introduction marks the kids for life. As they grow older their basic characters initially follow the mythological template that fate has sealed the destinies of all four and nothing can make any significant difference.

Thanks to his perseverance, Ramirez left Hollywood and its demands for non-Latinos in the lead roles, and returned to his hometown, San Antonio, to produce this film for a bare-bones $4 million. Filmed in his border town, the all-Latino cast fills out the roles of both good guys and jerks, bringing an authenticity to life in the barrio.

However, there is a weakness in plot design with moments of incredulity, especially related to bungled FBI procedures. Furthermore, the casting of the young boys confuses the viewer as not all the children match the physical qualities of their older selves.

The reason to still see Ramirez’s debut film, despite its script difficulties, is a hopeful adage delivered by Bobby Ramirez’s father. “One day does not define a person. We all have an ability to create our own legacy.”

It is our choice in the aftermath of error that has the greater impact, and that’s what Ramirez’s screenplay comes home to say. At the end of the day it’s about forgiveness and re-calibrating to the higher road. Bobby’s challenge lies in taking on that mission and letting it, not his history, define and liberate him to a higher dimension. 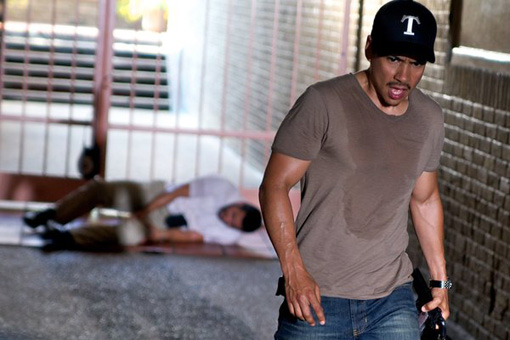