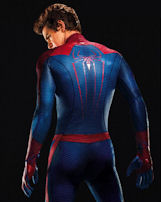 As you probably know by now, a panel for “The Amazing Spider-Man” is scheduled to take place at Comic-Con next week. The panel will give us answers about the movie as well as the first teaser trailer for the movie.

In the meantime, Entertainment Weekly wanted to give us fans something to chew on while we wait in the form of new images of Andrew Garfield in his Spider-Man costume — which I will say again, looks incredibly amazing.

There isn’t much more I can say until I see that suit in motion with all the effects and everything. What I look forward to seeing (which I hope the teaser will show us next week) is a look at the Lizard (played by Rhys Ifans) or at least a glimpse of it.

Garfield’s appearance with and without the suit keeps reminding me of “Ultimate Spider-Man,” so I Googled some pictures of Ultimate Spider-Man and I have to say, Andrew Garfield looks almost exactly like Parker and Spidey in the comics.

EW’s issue also will have new interviews with Garfield, Emma Stone (who plays Gwen Stacy) and the director, Mark Webb, in addition to the photos. We have included some of those images on this page (more can be found HERE).

So if you are a fan of “The Amazing Spider-Man,” I suggest that you go to your closest store and get a copy of this issue. 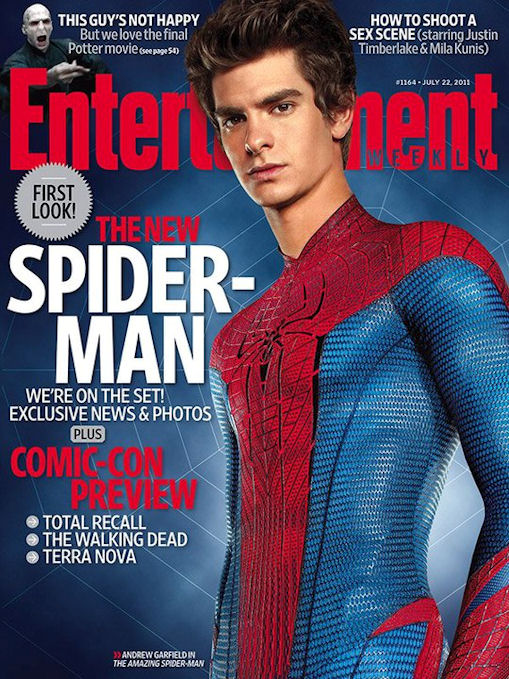