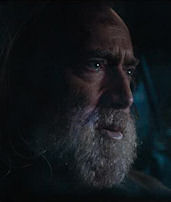 “Purloined Porker.” Nicolas Cage is not noted for subtlety in his portrayals. Yet that is at the very heart of his performance in the new film “Pig.” Many fans are used to seeing Cage go “hog wild” in every film, exhibiting his trademark mania. Recent outings like “Willy’s Wonderland,” “Prisoner of Ghostland,” “The Colour Out of Space” and, of course, his classic “The Wicker Man” come to mind. But not in this film. The restrained performance is at least in part due to the writing and direction of first time feature director Michael Sarnoski.

The film begins with a grand visual introduction to an Oregon forest where Rob (Cage), and his truffle-hunting partner Pig (played to type by Brandy), live in very off-the-grid isolation. We are treated to an outing where Rob and Pig wander the forest looking for fungal treasure. Rob generously samples the flavor of the forest soil (and is not shown spitting out the mouthful), while Pig grunts in approval. Then, at the trunk of a fir tree, Rob digs until he uncovers the tuber-like truffle. This is a foretelling moment in that Pig does Not do the digging, acting more as Sancho Panza to Rob’s Quixote, rather than as the pheromone-lust-driven “rooter” that actual truffle hunting female pigs are.

A word about truffles. Truffles are rare fungal masses that grow underground only in ideal conditions among the roots of certain trees. The Willamette Valley of Oregon is one place in the United States ideally suited to such growth. The big attraction of these fungi is a chemical they produce which is identical to a sexual attractant pheromone found in mammals. That’s why the female pigs go after them so assiduously, aided by their rooting instinct. And that is why they are so prized by humans. Once harvested the truffles must make it to whatever culinary mecca exists in a nearby city, because the precious pheromone “degasses” from the fungus in only a few days.

Which takes us back to “Pig.” It turns out Rob is not quite so isolated. He has a buyer from Portland, Amir (Alex Wolff), who drives out in his flashy Camaro every Thursday to buy Rob’s harvest. Amir, a typical up-tight desperately upwardly mobile Gen-Z offers to provide Rob with some modern conveniences – like a cell phone – but Rob ignores him. However, it turns out Rob does have one exception: he has a cassette tape player on which he plays tapes spoken and sung by a woman named Lori (Cassandra Violet), who obviously meant a lot to him.

That night Rob and Pig are awakened by the noise of an arriving vehicle. Going to investigate, Rob is attacked and Pig is abducted. This event sets in motion the Quixotic search by Rob for his “perloined porker.” He is to repeat again and again, over the next sixty minutes, the iconic phrase: “Where’s my Pig?”

With Pig missing, Amir stands in as a more loquacious Sancho Panza, driving Rob from place to place as he searches for his lost love. And love is the right word. This search takes them to a hip, classically Portland food cart locale, where a bit of Rob’s history is revealed; to a viscous underground (the infamous Portland Shanghai Tunnels) fight club where street people are brutalized by what appear to be a collection of waiters and sommeliers; to a very upscale restaurant whose chef was a failed pasta cook for Rob, who is now revealed as the decade-long disappeared master chef Robin Feld. Feld first berates and then consoles and finally encourages Chef Derek (David Knell) who has sold out his dreams for fleeting fame. Then, finally, on to face the Windmill/Giant, Darius (Adam Arkin), a food scene titan and tyrant, who happens to be Amir’s father.

Ultimately this is a film, touchingly told, about loss, regret, and survival, and the different ways in which people deal with the losses we all face in life. The script concentrates on the reactions to, rather than the causes of, devastating loss. It is beautifully acted and directed, right down to the minor characters.

Highly recommended, although some may be put off by the lack of exposition. Many people hate Rob, but why is never explained. But then, does it really need to be explained if we are living, with Rob and Amir, in the here and now? We just need to get that pig back. 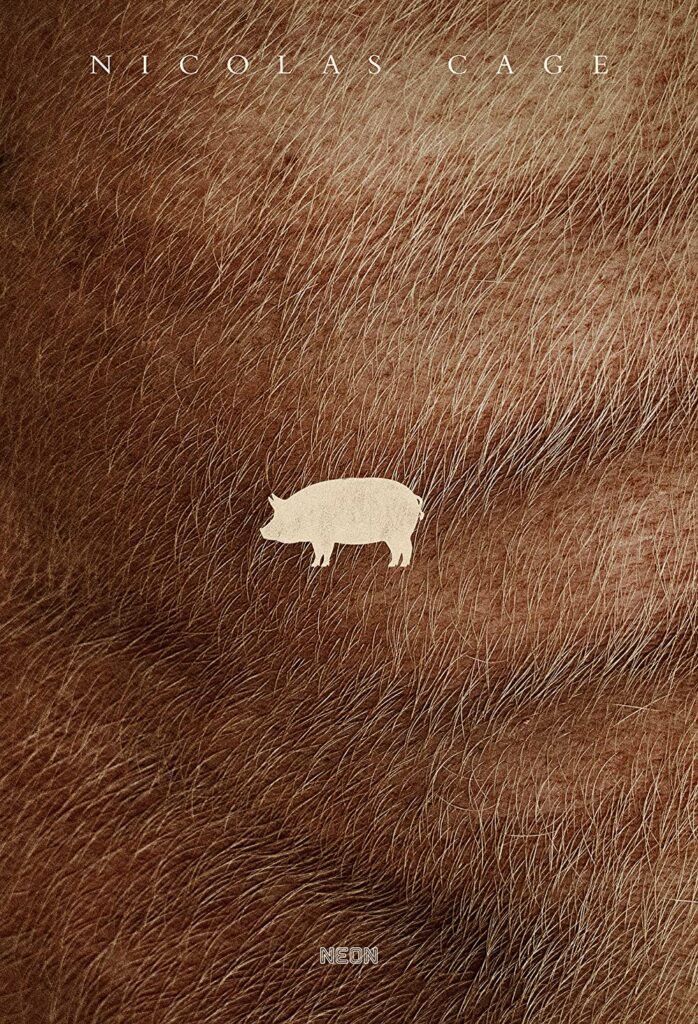