When we watch movies, there are always little things which stand out and make us think just how much we would love to experience something like what we see.

Riding a rocket over the far side of the solar system might not be an experience we can recreate, but there are plenty of others that we can.

In this article, we’ll go over five of our favorite movie scenes you can recreate at home for fun, romance, or for that perfect photo opportunity.

“Lady and the Tramp”

We bet you can already guess the scene we are going to talk about from this 1955 classic Disney hit. That’s right, the much-imitated spaghetti scene is a great photo-op. This is so simple that it requires little explanation or setup. A table, long spaghetti, and two mouths are all you need. Note that we recommend that you share this scene with a fellow human, as dogs tend to not be especially tidy eaters.

The added benefit here comes from the fact that it is so easy to set up a timed camera shot to create an instantly recognizable homage to the film. Just go easy on the pasta sauce, as it can get rather messy when you’re leaning in it.

Another classic film, another classic film moment. Unfortunately, we missed the opportunity for a more accurate recreation, as the Manhattan apartment where the movie was filmed was sold in 2015 for $9.5 million, but this is a much more affordable alternative.

Even many of those who haven’t seen the film itself are still familiar with the classic scene where the shirtless Patrick Swayze slowly guides the hands of Demi Moore into forming what ends up to be a complete failure of modern pottery design.

All you need for this is a potter’s wheel, some clay, a way to protect your house from the inevitable mess, and the willingness to be amazed at just how difficult such a simple looking task can be. Just remember that failure is the eventual goal anyway, that and being able to be close to someone with whom you can blame the failure on.

There are a few things that James Bond likes more than anything. Seeing beautiful women (see every Bond film), getting in shootouts on or in moving vehicles like in 1997’s “Tomorrow Never Dies” or the tank from 1995’s “Goldeneye,” and rolling like in 1962’s “Dr. No” rate chief among these. While the first two of these examples might not be especially tenable or desirable for an at-home recreation, the games themselves are different. There are a few ways you can do this, depending on how you want to play and how strictly accurate you want to be to the bond canon.

Starting off, there is the simple act of playing the same games at home with friends, dressed in your finest tuxedo and sipping on a trademark martini. The game featured in “Dr No” is baccarat and specifically the Chemin-de-fer variant. As you play against a dealer, recreating this scene means dressing in your best black tuxedo and going down to a venue. There’s an online option too, though, in the form of live dealer baccarat, where players are connected via live video stream to a land-based establishment to play the game. This is also a lot easier an activity without the threat of world peace on the line, and without judgments on your Sean Connery accent.

There were a lot of classic film moments in this 1978 comedy film starring the brilliant John Belushi. This is also the film which merits the most warnings – whether or not this one works for you depends very much on your environment, and how willing you are to clean up. We are talking, of course, about the food fight scene. You probably already know, but this is not something which you should attempt off-the-cuff, but we thought we would mention that anyway. People tend not to appreciate having their dining room and clothes permanently stained.

Instead, this is something which has to be planned. Temporarily replace or remove your vulnerable furniture, curtains or clothes. Cover up the carpet, and choose food which promises not to stain. Do not use beets and avoid tomato-based products. Properly planned out, this can be a lot of fun, and leave you with an experience and story which many of us crave, but few of us have experienced. There are even some basic food-fighting rules available online for those who wish to bone-up before the main event.

This is going to seem like a bit of an odd one, but for the right people, it can work incredibly well. This film ends with the ever-popular Bill Murray whispering into the ear of Scarlett Johansson. Exactly what is said the audience is not intended to know. So, how can we apply this to our own activity? The question is more of – how much do you like to mess with people’s imagination? 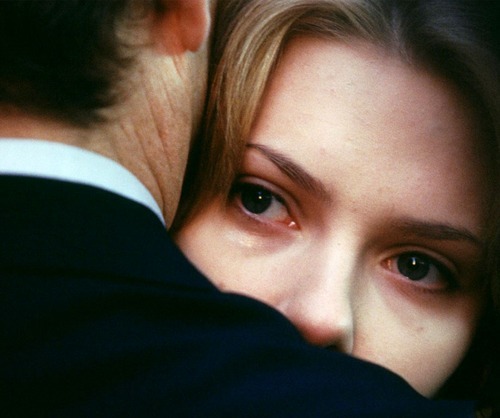 When leaving, even just the room, request a friend come with you to the corner. Well within sight, but out of ear-shot, of others, whisper something meaningless and silly into their ear, and have them put on an intense but subdued face in response. This might seem more than a little bit odd, but for those people who like messing with their friends and family, this can do a lot to bring a laugh to your living room.

We wanted to add this to the main list, but it might be a little bit too adult for some of our readers. Anybody who has seen the film, which didn’t make it to our Top 5 chick flicks of the ’90s list only because it was made in 1989, will remember the scene at the restaurant where Meg Ryan’s Sally puts on a rather enthusiastic display of her appreciation for fine dining. Yes, it’s just the fine dining, and no we aren’t going to change our mind on that.

This is another one of those moments that is not only easy to imitate, it’s also great to put your own personal twist in there. Just be sure you don’t reveal anything more than you intend to and, more importantly, know your audience. This sort of act is a lot of a fun when you’re having a few drinks with friends, but bust it out in the first meeting you have with your partner’s family and you’re likely to be met with a somewhat less than enthusiastic response.

So, which of the above would you recreate? Have we missed one you’d love to look into? Let us know in the comments section.