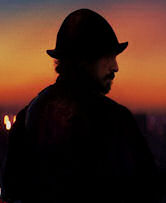 “499” is a unique film, and a daring experiment in film making.

It begins on the shore of the Gulf of Mexico, at Veracruz. A man is struggling in the surf. He is a conquistador, part of the inner circle of the expeditionary force led by Hernan Cortez in 1519. Cortez had captured Veracruz, on the gulf coast, then traveled overland to the Aztec Empire’s capital of Tenochtitlán, modern day Mexico City. Along the way he enlarged his 500 member army with many natives who bore grudges against the brutal Aztecs. With these forces, plus their superior armaments, the Spanish were able to crush Aztec resistance and overcome their century old empire within two years.

But where has our beached conquistador been for the last 499 years? In what limbo or purgatory did he exist? He does not know. Gaining his bearings, he realizes with disgust that the natives he and his fellow Spaniards crushed so long ago have regained control of their land – or so it seems. He is contemptuous of the people he sees, and decides to repeat the march from the coast to Mexico City.

All this, from the raging surf of the Veracruz coast to the snow-covered mountains of the inner continent, to even a huge dump where some cast their garbage while others scrounge for cast-offs from which they can make the meagerest of livings, is beautifully realized by the cinematographer, Alejandro Mejía.

As his travels take him through the countryside his glorious memories of conquest and destruction gradually metamorph into compassion for the descendants of the people he helped to subjugate. There are new conquistadors he realizes, risen from the very people he once conquered, but nonetheless preying upon their fellows in so many ways through drugs, intimidation, extortion, rape, and even murder. In a particularly moving scene, after we hear a mother describe the horrific rape and murder of her young daughter, the conquistador weeps. The director and co-writer, Rodrigo Reyes, is showing us two journeys: one physical, from the coast to the capitol, and another psychological, from arrogance and contempt to sympathy and respect.

The actor, Eduardo San Juan Breña, speaks not a word on camera, although his usually stolid, almost expressionless face is occasionally eloquent. The narrator, who speaks what Breña is thinking, takes us through this journey of the soul.

There is much more to this quiet film than I can describe here, but it will move all but the hardest heart. It is highly recommended.

An ironic historical note: Cortez was born in Medellin, Spain. One of the most notorious drug cartels is the Medellin cartel. While it operates in Columbia, not Mexico, it is emblematic of the criminal cartels which threaten Mexico just as much as Cortex and his conquistadors did 499 years ago.