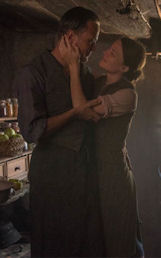 Stunning cinematography and a powerful message anchor this melancholy tale of super-human courage in the face of overwhelming opposition. There are countless stories of courage during war, but all too few about the courage of those who do not fight. It is one thing to give one’s life for one’s country, but quite another to give up one’s honor. Even in war, personal faith is the most important of human qualities, far surpassing the temporal victories of battlefield heroics.

The story of Austrian Franz Jagerstatter, a conscientious objector, begins in the bucolic and isolated farmlands of sub-alpine Europe. He is part of a small, tight knit community where people look after one another in all things from marriage to harvest and the only foe is cold and hunger. The people are ill-equipped to handle the machinations of the Third Reich and the temptation to overlook the unforgivable is overwhelming.

Despite a fervent, if passive, nationalist stance of his world, Jagerstatter refuses to fight for the Nazis in World War II. He even refuses to swear allegiance to the Reich. These two actions put him into prison, on the way to a grizzly death by decapitation if he refuses to relent. If this part of the movie is procedural, the alternating scenes of his family at home are heart breaking. As a result of his actions, not only is he tortured on a daily basis, but his family is ostracized.

The family being left out of society is its own form of solitary confinement, a punishment that universally drives people mad. The heroism of the victimized family is set in the most beautiful, fertile and peaceful countryside imaginable. How like our current world in which many have everything they need, except for the moral leadership to make them better than they are.

Writer/director Terrence Malick’s past works are spectacular in their filming and solid in their message, but too slow for many. If brilliant composition and spiritual heroism will not, for you, make up for a methodical (some would say plodding) pace and a tragic ending, this may not be your movie. Even so, it is one of many stories that demands to be told, even at the expense of box office profits. It is a story that is of another time and yet completely about this time.

Crucial cinematography is by Jorg Widmer, the master director of photography for Michael Haneke’s even more depressing “The White Ribbon,” the raucous “Inglourious Basterds,” “The Diving Bell and the Butterfly,” “Babel” and other legendary work.

This is a powerful example of a vital moral lesson grounded in the art of the camera and the screen. Extraordinary performances by every person in the screenplay, from the drunken mayor, driven crazy by guilt, to the guileless children, the ultimate victims of any war. August Diehl plays the main character with exceptional supporting work by Valerie Pachner as his wife. Even under censor, each continued to give as much as they were able. 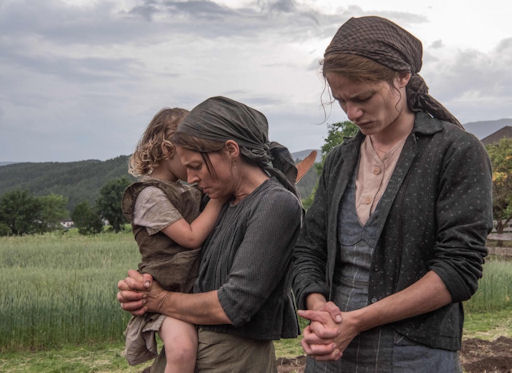