Review: A Taste of Whale 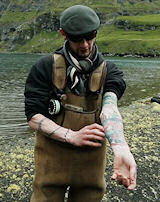 A Faroese teacher who is also a pilot whale butcher explains, “I feel closer to nature doing this than going down there to buy my meat. I feel a little bit more proud that I know where it’s coming from … So, if I should make a statement, if you are not able to kill the animal you are not allowed to eat it, probably not a lot of people would have food today.”

A sad, haunting melody with the plaintive cries of seagulls screeching far overhead introduces this fabulously told story of survival, barbarism, community, and tradition juxtaposed to protest and poison in the isolated Faroe Islands of the North Atlantic and Norwegian Seas.

Is eating meat humane? When does animal harvesting become barbaric? If we had to personally kill the animals we ate, would our menu change? How safe is pilot whale meat for human consumption?

For 500 to 600 years the hardy, freedom-loving Danes, with their self-sufficient Gaelic and Norse heritage, have participated as a community in The Grind. Using boats, they corral up to 700 dolphins (aka pilot whales) and their young. This leads to a bloody end on the rocky shores of their cold island beaches. There doctors, lawyers and farmers lasso them with tough ropes and specially trained neighbors stab them with spears sent through their blow-holes to sever the central nervous cord. Blood spews out and the water turns thick red. The beasts are cut up and the meat is distributed throughout the island community.

Sea Shepherd protestors, educated in the killing strategies, bring their boats to the islands in a commitment to put their lives between the dolphins and the spears. Admittedly, through their teach-ins, the Faroese believe they have improved their killing techniques to make the dolphin deaths quicker and less painful.

Vincent Kelner, filmmaker par excellence, juxtaposes the rationale of the Faorese, using a teacher and a designated blow-hole spear expert, to explain the Faroese position versus the voices of the vegetarian Sea Shepherds who are committed to saving the mammals, even if their own lives are taken. Pam Anderson, the soft-spoken “Baywatch” star, joins Lamya Essemlali, president of Sea Shepherd France, in a press conference to condemn the unnecessary killing of mammals who mourn their dead and use a sophisticated communication system.

This film mixes art, science, and ideological debate into a moving expose of not just the killing of pilot whales, but the killing of animals in general for human consumption. Most interesting is Pál Weihe, Chair and Chief Physician of the Department of Occupational Medicine and Public Health at the Faroese Central Hospital in Tórshavn, Faroe Islands, and Adjunct Professor at the University of the Faroe Islands. He runs presentations about the high levels of toxic mercury in the pilot whales.

Weihe explains the connection between neurodevelopment in children and the frequency of autism, hyperactivity, learning disorders and low I.Q. with high levels of mercury, such as is found in a diet contaminated with this heavy metal. He explains the high levels of mercury, found in the pilot whales, are a poison for pregnant women and children whose developing brains are affected. One Faroese, who regularly eats pilot whale meat, admits, “I took a test for mercury. I had 500% too much in my blood.”

Director/writer, Vincent Kelner, writes: “The Grind is just the tip of the iceberg of a reality that many of us refuse to see. … If we examine closer, is their tradition not an archaic form of what is going on here, in our slaughterhouses? Like a mirror reflecting our modern industrial practices and frenzy to always eat more and more meat?”

The suspense of the Sea Shepherd’s rush to halt The Grind, the thought-provoking debate between the two sides, and the poetic beauty of the Faroe Islands combine to make a magnificent film. It became available on demand on Amazon and Apple TV May 27. 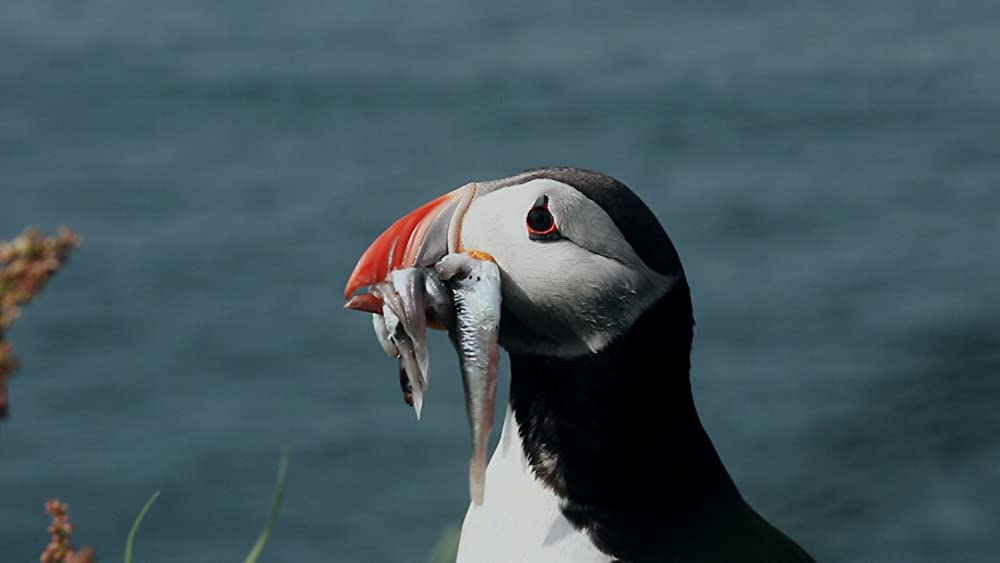