Abigail Disney, niece of Walt, searches for true-life Peter Pan/Cinderella stories and supports their production into the best human rights films on the face of the Earth. “Ruby Blade” is one of the best. It has all the courage, perseverance and magic that makes a Disney story a classic – and it is all true. 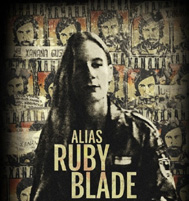 Ruby Blade, a sensuous code name for a beautiful woman, is a secret agent in East Timor. Since her Australian father had associations with East Timor when it was a Portuguese colony, she had learned Indonesian as a child. But after Portugal granted Catholic East Timor independence in 1975, things went awry with an invasion by Islamic Indonesia. Ruby Blade travelled there to assist in East Timor’s long tragedy-filled battle for autonomy.

From 1992 to 1996, Blade was an English teacher and humanitarian aid worker by day, and a clandestine agent with the Timor-Leste resistance to Indonesian occupation by night. During this rocky time, the head of the resistance movement, Xanana Gusmão, was captured and jailed for life. Blade was recruited to be his courier and English teacher so that he could continue leading his resistance movement from prison and communicate with the western world.

All along, we have a foreboding sense that things can’t possibly go too well. The worst is that as soon as she begins teaching the charismatic Xanana English and delivering his communiqués, without even seeing what he looks like, she falls in love with him.

There are surprising videos of them emailing each other, him sending her the bonsai plants he is taught to create in a prison project and paintings of her he has created from a photograph of the back of her head. He is obviously heads-over-heals in love with his spy despite being a married (albeit separated) man.

Granted, some facts and situations, including the historical context, are glossed over unnecessarily, confusing the audience members that don’t have a personal device or history buff (thank you Bill Sterr) present to set the facts straight.

Aside from that, Disney has found a project that mirrors all the classic stories that made her beloved uncle such a success. Heroes and heroines overcome obstacles with great tenacity and sacrifice.

At the very foot of darkness, you hear in your memory a little windchime with pixie dust and you are inspired to believe that if you wish hard enough good really can triumph in the world and happiness really can come to those who want it badly enough. 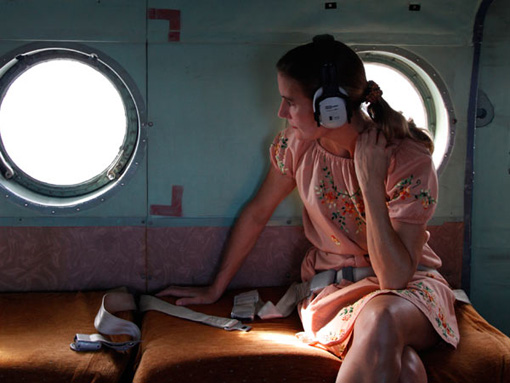 “Alias Ruby Blade: A Story of Love and Revolution”
is showing one day only – Thursday, Oct. 31, 2013 at 7 p.m.
at the Northwest Film Center, Portland, Oregon