The heist gone terribly wrong is some of the best film noir subject matter there is. There is the able and deserving hero who cannot get a break. There is the double-crossing partner who gets his just desserts in the end. There is the unpredictable love that gets in the way of business. Finally, there is the pride that goeth before the fall. 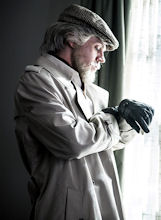 Based on a true story (ho-hum) of three college students who steal a rare book from the library and blow the caper, the problem is certainly not one of credibility. Not only is the story believable, the ending is understood. Telling an interesting mystery with a forgone conclusion for an ending is certainly possible. Look at the smashingly successful “Columbo” TV series of the 1960s. This flick could have gone that route if it had Peter Falk doing the acting. Instead it had two-dimensional middle class teenage characters who were neither Jeff Spicoli in “Fast Times at Ridgemont High” nor adrift urban skateboarders.

Instead of an ending with a twist that surprises, we get “Gee, Dad, I rolled the Chevy.”

Evan Peters, Barry Keoghan, Jared Abrahamson and Barry Jenner act out of roles of the lost boys in this film by writer-director Bart Layton (“The Imposter”). The book(s) to be stolen are Audubon original collections, apparently ill-protected in a back-water college. One imagines the main reason they are ill-protected is that they are so rare it would be nearly impossible to fence them. Once stolen they would be impossible to display. There is that – plus, after all, they are only bird pictures.

The wannabe thieves contact a potential fence who the viewer cannot possibly believe will deal with these rubes in good faith. Fortunately, the plot goes on as the fence demands proof of authenticity, propelling the kids to their next meeting with an art appraiser in New York City. As it turns out, there are some great stories about art fraud that contain valuable insights on the concept of provenance. It is hard to believe that such smart, enterprising, criminally bent young-uns did not get wind of these bestselling books and determine that cooperation with real professionals might be difficult.

It is not that the whole affair could not happen (after all, it did happen), it is the lack of anything new in the way it happened that leaves us cold. The actual caper has good “Mission Impossible” satire potential and there is the rashomon-like presentation. Each of the failed criminals deals with the guilt and pain in a different way and falls short for different reasons. Good enough, but still too much “Wake Up Little Susie” and not enough “Reservoir Dogs.”