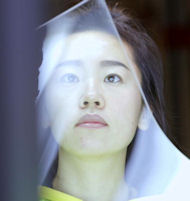 Yes, “American Factory” won the Oscar for Best Documentary. But was it really the best?

The story is about a big American GM plant that closed in Dayton, Ohio, in 2008. The founder and CEO of a Chinese automobile glass manufacturing company, Cho Tak Wong, saw a bargain. He worked out a purchase deal and re-opened the plant in 2014 using both Chinese and American employees.

This sounds like Chinese altruism for its political nemesis. Purchase an American plant, rehire a good percentage of the prior workers laid off by GM, and invigorate a community with new cash. As an added cultural bonus, the new Chinese supervisors are told that “America is a place to let your personality run free.” They look perplexed.

With no script, nearly total access, and earned trust from their subjects, directors Steven Bognar and Julia Reichert frankly capture the unexpected culture schisms between the Fuyao Glass management expectations and their American workers.

What might have been mundane – lining up workers for a daily morning pep talk – the background music reveals as humorous. When the workers in China line up, they do it with military perfection. They pledge themselves with sincere, intense conviction to the company and earnestly respond in unison to the supervisor.

When the American supervisor tries this out on his American workers, they don’t even understand what’s being required. Their slumped shoulders, irregular grouping, disinterested responses (silence) matched with light-hearted musical syncopation brings out a hearty laugh from the viewer.

As an added caveat, this film was picked up by Higher Ground, the Michelle and Barak Obama Production Company. In a separate short, the Obamas interview the directors who note that they didn’t go in with a story but let the people they candidly filmed create it. This means there is no perspective or overt message, but just a chance for each person filmed to tell his or her own story.

Michelle Obama notes that “Higher Ground is a reflection of both of us. We have eclectic tastes. Does it move us? Will it move others? We want people to get outside of themselves.” 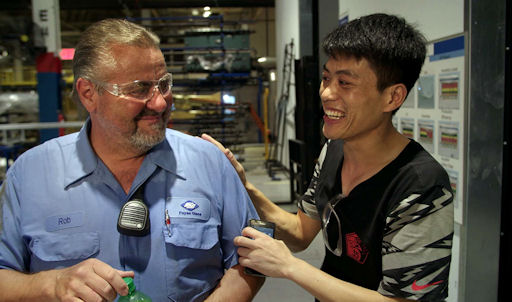