There is nothing more sure-fire than kicking off the “serious” movie season with a scam flick. Americans love scam flicks. They are the heart and soul of outrageous upward mobility, the escape hatch that lets us all believe that no matter how shiftless, mediocre or lazy we are, we could still make countless millions and live like the swells. 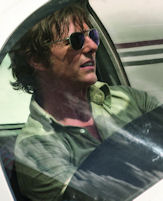 As the story is told, Barry Seal was not lazy. A talented pilot, he graduated at the top of his class to become the youngest TWA pilot in history. Now there is a boring story for you. It gets better when it turns out that he is either dumb as a toaster or an ethical imbecile. Probably both. Here is where we come in. Would you cheat the US government when they are committing the crime of century, if you could make millions and were somehow dim enough to think you would never get caught?

OK, maybe you would not. But you would surely love to watch that master of the cute, dumb look, Tom Cruise, do it on screen, now wouldn’t you. As it turns out, the cute, dumb look is not quite as sterling as it was in “Top Gun.” Nor do the wheels turn as convincingly as they do in “Jerry Maguire” or “Rain Man.” Cruise is preoccupied, in a hurry to get on with the next “Mission Impossible.” Or maybe he just does not care.

Even at half throttle, the plot is so outrageously comic-tragic that the screenplay cannot fail to elicit the occasional laugh. Domhnall Gleeson playing CIA man Schafer is a bright spot in the supporting work, but even he is there to make Cruise look good. Supporting roles go downhill from there with Sarah Wright as Seal’s mystified wife and Caleb Landry Jones as her idiot brother. Jones, especially, deserves to get something decent out of this movie, in the way of a future role. He has talent.

Like Cruise himself, the cast moves woodenly on the screen, too obviously setting up the next pratfall, just getting the hackneyed screenplay over with. Director Doug Liman did much more with the original “Bourne Identity,” but then went on to produce the offspring. Perhaps he is thinking that will work with the Cruise franchise. Follow the script and the magic will do the rest. Emerging screenwriter Gary Spinelli is listed as a producer, along with 31 others. Too many cooks eating the broth? Or maybe everybody thought someone else was making the film.

Oscar nominated cinematographer César Charlone (2004 “City of God”) shoulders most of the load and, as Barry was fond of saying, “delivers.” The opening scenes of Seal piloting through rebel villages ablaze with small arms fire directed as his twin engine Aerostar are fantastic, as is the takeoff through the trees, with leaves and branches flying in the wake of his floored, screaming airplane. But even as we watch these teasers we suspect they foreshadow lesser things to come. Unfortunately, we are right. 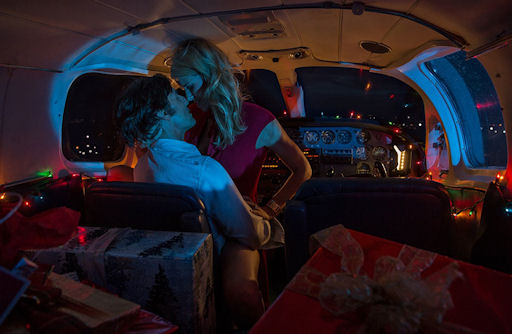