Review: Among the Believers

Directors Mohammed Naqvi and Hemal Trivedi (written by Jonathan Goodman Levitt) somehow obtain amazing access to the extremely powerful, and heavily armed, Muslim cleric and Taliban ally Maulana Aziz. Although one has to wonder how much they dared record, their spontaneous and open discussions with the cleric, always surrounded by men with assault rifles, provide a rare intimate look at life in the highest echelons of extremist Islamic leadership. 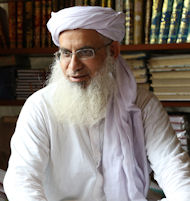 Aziz runs the Red Mosque, the Ivy League of Islamic jihadist training institutions. The children and young adults in the madrassa spend most of their time learning the scriptures of the Koran, word for word, even though they state openly they do not know what the scriptures mean. Literal meaning is not the point, discipline and loyalty are the lessons that will make them a place in heaven, and set them up to be the next suicide bombers in the ongoing war against the USA and its allies.

Although Aziz’ school seems to be long on self-sacrifice and short on rational thought, he is the person the poor come to for help. As he says, “The government of Pakistan does not want to help the people, they want only to help themselves.” At least as the film shows it, when the poor come to call, Aziz is always ready with the cash to see them through.

The Red Mosque is only the beginning. More schools are being built every day. The goal is the widespread establishment of Sharia law, “the Talibanism of Pakistan.” The film tracks the lives of two of his students as they make their way in Aziz’ uncertain world. Twelve-year-old Talha leaves his family and struggles with his lessons to become a jihadi preacher. He gives up the things that the children of moderate Islamic families crave. Watching cricket on TV is forbidden, of course.

Twelve-year-old Zarina, smart and well spoken, escapes the madrassa but is forced to marry when her school is closed due to Taliban attacks. At the first marriage attempt, her father protests the offer of marriage saying she is too young. He defends her right to an education but the cards are stacked against him. When the school closes the poor family has no choice but to allow the marriage. They have too many mouths to feed. Zarina and her sister are both betrothed to older men and marriage follows shortly thereafter. Aziz wins.

On the one hand, there are the raids, the killings, the demolition of life and sacred institutions on both sides. Aziz claims he watched while his father was murdered “on orders from the USA.” After his seminary was destroyed, Taliban forces countered with the killing of 132 school children in Peshawar in December 2014. On the other hand, there is the ideological battle being waged between Aziz and his longtime opponent, education reformer Pervez Hoodbhoy. And in the middle are Talha and Zarina.

Watching this film, one cannot help but reverse history and try to understand how thing got to this point. It is a difficult process, and a difficult film to watch. We can only hope the right people are watching. 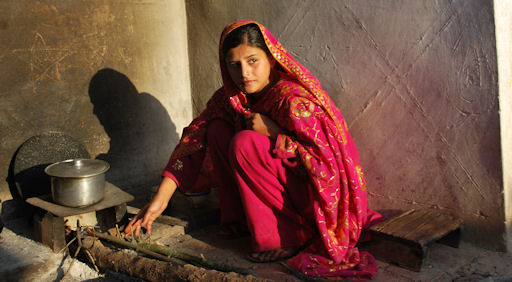