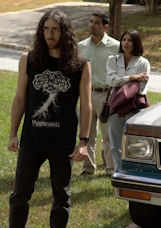 It seems that everyone wants to come to the United States for some sort of economic relief. In exchange they leave their homes, language, family, friends, careers, land, and all that is familiar. Is the trade-off really worth it?

Writers Esteban Arango and Erick Castrillon give voice to the many responses a Colombian family has when they learn that their father has successfully orchestrated unification with him in America.

The youngest, Mateo (Moises Arias), a bald, trouble-making teenager, has no interest in leaving his skate-boarding, graffiti-designing, police-baiting ways in Bogota. But Carly (Mateo Arias), his long-haired brother is a child prodigy with a drive to attend the Georgia Aerospace Institute and work for NASA.

The tension between expectations and reality runs this coming-of-age story. To block out the noise of reality, responsibility, frustration, and their own inner wars, the boys turn on deafening metal music.

Arango is an awarding-winning Colombian-American writer/director based in LA. Together with Erick Castrillon, the “Beat Blast” script reflects their own lives in Colombia. The actors playing the film’s brothers, Mateo and Moises Arias, were born in America to Colombian parents. Arango used their Spanish and Colombian nature to realistically show that Colombia is more than a country involved in drugs and political upheaval.

In a world where there are countries that are unequally blessed, so is it true within Carly and Mateo’s family. Carly is the protege. He gets a new bike while Mateo, the renegade, gets a little scooter to ride to school. Carly also gets the nice new American bedroom while Mateo’s needs additional carpentry. It’s an unequal world and the reaction to that is a foundation of Arango’s film.

Though Arango and Castrillon explore immigration issues, the dominant emphasis is on teenagers who are determined to follow their self-identified paths and talents despite challenges from parents and society.

“Blast Beat,” with its aggressive metal music and frustrated teenager angst, is a film that will specifically resonate with Generation Z, aka Zoomers, who were born around 2000 in the age of the internet and have global questions about immigration, inequity, and their own right to pursue their dreams. 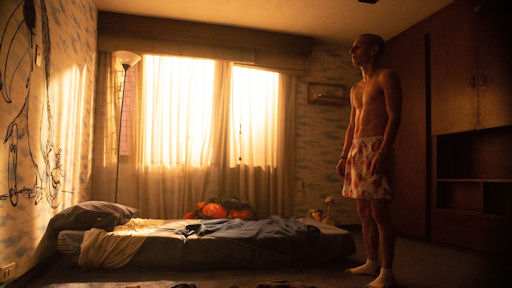