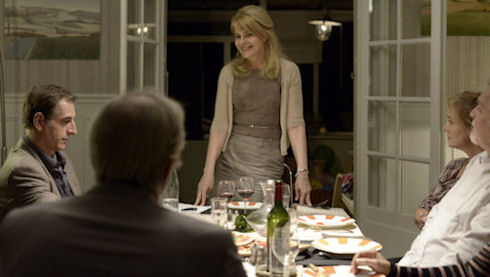 Marion Vernoux’s romantic comedy starts off with recent retiree Caroline (Fanny Ardant—“8 Women,” Confidentially Yours”) plunging ahead with retirement at the Bright Days Ahead senior center. The screenplay has Caroline visiting the center with trepidation and her fears, and our fears, are soon born out. The classes are insipid, the instructors cast-offs and the participants vacant eyed. This is, by all appearances, a place where people go to die.

We know from Caroline’s sophisticated beauty, her low key but exquisite dress and her unabashed sex appeal, that she will not last long at BDA. Even so we sense that she has joined the throng of healthy, intelligent financially well-off retirees who look with trepidation at their golden years. If this is what life has to offer when the work ends, perhaps it is better to work until death.

After a couple humorous if stereotypical encounters that end in disaster, Caroline is behind her screen in her third try, a computer class, when overtly magnetic computer instructor Julien (Laurent Lafitte, “Little White Lies”) is leaning over her back trouble-shooting her dual processors. Coffee, walks, dental work and deliciously wicked sex ensue while Caroline’s husband Philippe (Patrick Chesnais, “The Diving Bell and the Butterfly”) floats in the background. When he casually reminds Caroline that she has returned from computer class wearing her sweater inside out, the chase is on. Who will Caroline choose? Will wisdom and caring win out over exquisite intercourse? Why do none of the men in the audience notice that Caroline’s sweater is inside out?

The men do not notice because Fanny Ardant is simply gorgeous in this film. Definitely to be enjoyed by mature audiences, the story manages to be an outrageous assault on the status quo of marginalization served up to seniors while a coming of age story, at the same time. As the film progresses, bright days ahead morph from the ethereal thrill of first love, to settling down, to the breakup (several of them, after all, this is France) and to the eventual reconciliation of Caroline, Julien and Philippe with the realities that they, all we all, must face.

As Caroline takes ever-increasing chances with exposing her relationship to Julien, such as dinner in one of her and hubbie Philippe’s favorite, intimate eateries, the tension ratchets up to the inevitable confrontation. As she and Julien run out of the restaurant, dodging their bill like two college students on Spring break, the film makers draw us into the nagging dilemma of how long debts can remain unpaid. The promise of a fulfilling and sustaining meal following the delicious appetizers recedes ever further into the recesses of Caroline’s murky future.

It would be wonderful to say that this routine and derivative story is backed up by luscious French cinematography, the engrossing symbolism of crumbling but still magnificent masonry and shimmering shots of an irresistible and yet forbidding sea coast. Unfortunately, that is not the case. The camera work is of Ardant as she channels a combination of a controlled Isabelle Hubbert and a professionally poised Catherine Deneuve. Make no mistake, she is outstanding in this film, but it takes more than a single person to make a significant story of love, loss and guilt. The story is not so much related as it is executed.

If the movie is not an earthshaking psychodrama it is a testimony to the fact that in this day when it seems that younger actors are dominating the film business there is still a lot of strength in performances by, and screenplays centered on, mature performers. A good film helps us look at ourselves and feel good about what we are, and this movie does that from beginning to end. 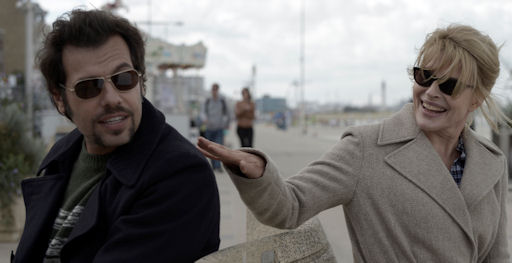