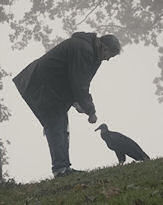 Hot Springs is just a normal little town in Arkansas. Jayne’s house perches right on the town highway in a two-story faux antebellum home with porch and rafters from which she can hang her wooden vulture cut-outs.

She is famous in town for rescuing an injured vulture with only one good wing. She named him Adonis and illustrated a colorful book about his story.

The documentary is divided into three parts. During the first part Adonis lives in nearby woods where his parents visit him regularly. As a matter of fact, when they come back to nest, Adonis is the one who sits on their eggs while the parents fly out searching for food. Jayne, Adonis’s primary friend and food procurer, is allowed to touch the newborns.

At an early age, Jayne’s brothers used to shoot doves. She would rescue the wounded ones and bring them into her bedroom. There she splinted their wings and nursed them back to health. She thought she would end up a veterinarian, but ended up taking care of human amputees.

Jonathan Sutak, an award-winning documentary filmmaker, followed Jayne and Adonis for several years, learning more about both of them every time he visited Hot Springs. In the case of Adonis, doomed to death because he could not fly to find his food, he ends up eating steak. Jayne spends about $100 a month feeding him. She whistles and calls and he comes running, eating out of her hand.

Adonis is The Comeback Kid, the guy who despite his death sentence, despite all odds, improves himself and inspires all around him. Eventually Adonis gets a job at a condominium complex and Sutak takes us into that circumstance with its surprising outcome.

Though his first interest was in the crippled vulture, with each trip back to Hot Springs Sutak learns more and more about Jayne, who surprisingly enough had several challenges, along with a broken bone, similar to Adonis’s injury. Though the vulture only had one broken wing, the title has it in the plural. The other half of the story is about Jayne.

“Broken Wings” will premier in the US simultaneously on PBS and its app on May 16, 2022, as the season finale of “Reel South.” 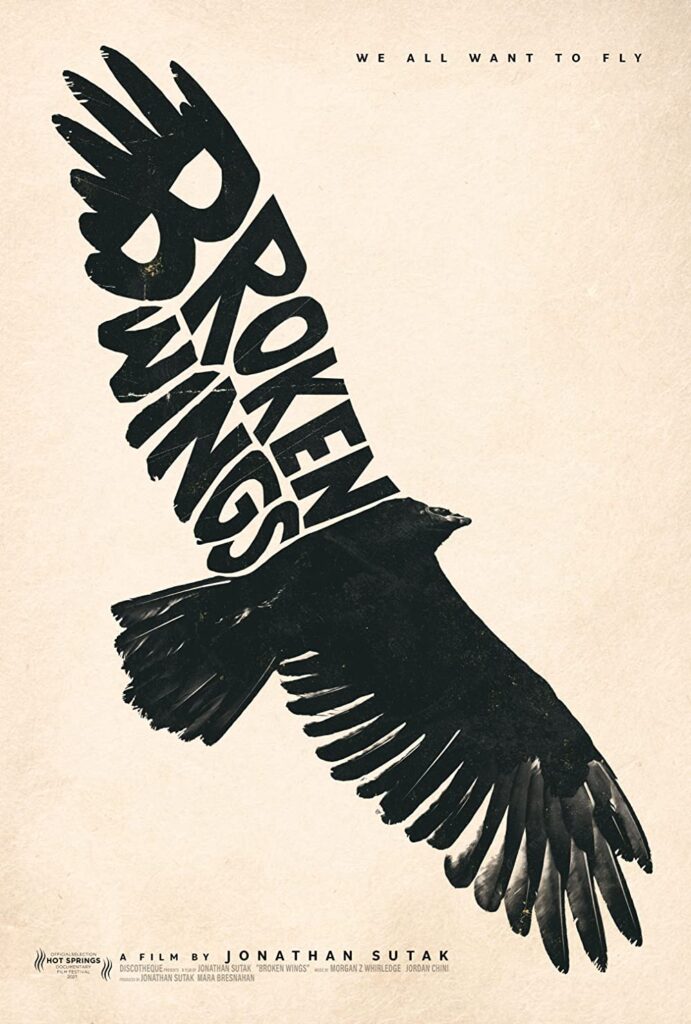 Tags: Jonathan Sutak
Posted 16 May 2022 by Bev Questad in Reviews