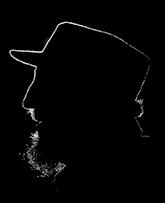 In 1898, the United States fought a war against Spain. At the conclusion of that war, the US seized the Philippines, Puerto Rico and smaller Pacific islands that had been part of the Spanish Empire. Cuba was not seized but remained occupied until 1902. From then until 1959, Cuba operated under the political, economic and sometimes military thumb of the United States.

During those decades, American ownership of the instruments of economy overwhelmed the everyday Cubans who grew progressively poorer, and lost more and more of their freedom under the despotic rule of corrupt American-supported leaders and military dictators. In the 1950s, American organized crime moved into Cuba, making it a mecca for gambling, money laundering, and crime. Cuba was a sovereign nation in name only.

Then things began to change. After first failing in 1953, a revolution led by Fidel Castro drove the last American-supported dictator, Fulgencio Batista, into exile in 1959. Castro began expropriating foreign held properties (70% of the arable land was held by foreigners, who also controlled sugar production, utilities, oil refining, etc.). That triggered an embargo by the United States and forced Cuba into the arms of the Soviet Union. Wealthy and professional Cubans who’d profited under Batista fled the country to the US, and supported various armed groups that, with US support in varying degrees, waged a war of terror on their former homeland.

All the above is described in detail during the first part of the documentary “Castro’s Spies” and is used to establish the background for the creation of a small organization of Cuban spies which settled in southern Florida. Their objectives: to keep an eye on American military activities which might indicate preparation for an invasion, and on the anti-Castro forces training to up end the Cuban revolution. It’s a fascinating look at one small nation daring to stand up to American economic and military imperialism, and five individuals who sought to defend their nation by spying on its huge, belligerent neighbor.

The documentary consists of interviews with the five men, their families, their defending lawyers (yes, they were apprehended), the government prosecutor, anti-Castro leaders among the Cuban diaspora, and taped news reports of the time. Plus, it features a novel way of illustrating the narrative given through the interviews.

In the 1970s, there was a Cuban TV series about a fictional Cuban spy, working undercover in the US. Footage of that series from the Cuban Film Institute’s archives is used by writer-directors Ollie Aslin (“50 Ways to Kill Your Mammy”), and Gary Lennon (“In League with Gadaffi”), to illustrate the story being told by the five real spies. The quality of the clips is not always great, and the spy character doesn’t look anything like any of the actual Cubans, but it does flesh out the narrative in an easily visualized, if occasionally overused, way. A lot of clever editing, done by Ollie Aslin, stitches all these pieces into a compelling narrative.

Regardless of how you feel about the Cuban regime or the conflict that has continued for 1960 to this day, you will find this story of five ordinary men who took tremendous chances in order to protect their young revolution compelling. 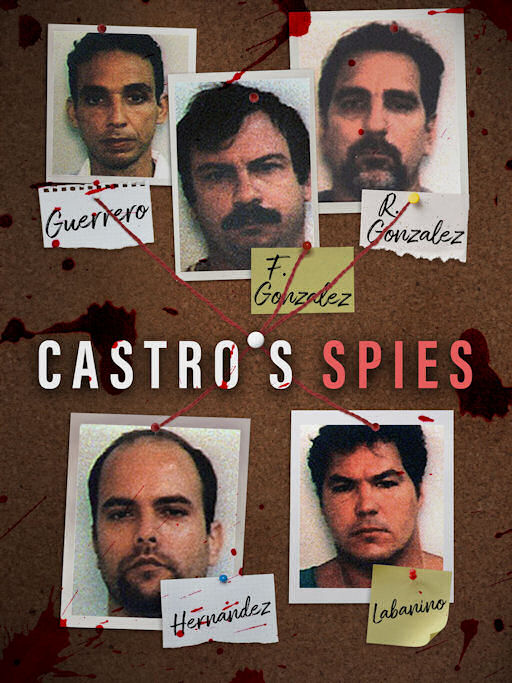