This core-deep self-examination reveals a poetically insightful young woman who asks the big questions: Does my body have value? What do I do? How do I save myself now?
Is life worth living? 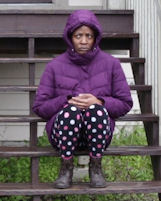 Filmmaker Kadazia Allen-Perry has taken the reality TV aside and made it into a monologue film. However, instead of focusing only on a cameo of her talking, she voices over scenes from her world. At one point, while talking about medical interventions, someone is burying her in tubes, a machine, surgical items, breathing vest and so on. She asks, “What’s the point of staying alive when I’m not really living?”

An interesting sound effect, poignant as she is speaks in what seems like an empty gym, seems to be the juxtaposition of two audio tracks – one that records her labored, heavy breathing broken by mucous coughs and the other with her own clear, chipper voice spontaneously speaking about having cystic fibrosis.

Allen-Perry’s film is reminiscent of Scott Ray Becker’s “Black Dog Trilogy,” which was also a self-analysis asking some of the same questions. Both filmmakers explore their innermost core with candid perceptions and astute insight that rings a bell about human fragility and fears of inadequacy.

The difference between the two films is that Becker’s is a trilogy, built around mechanisms to cope with a painful and potentially debilitating mental state. He lets you know how his suicide failed. He takes you in to see his electric shock treatment. He shows his grief at the loss of his dog and the different ways he tries to treat his depression.

This is what Allen-Perry needs — a trilogy. “Chronic Means Forever” could be edited and become Part I of a Becker-like therapeutic vehicle. For her own sake, she needs a Part II and III to show a shift between how she perceives herself and what she’s going to do about it. Maybe she could include a clip of her at Becker’s surprising Skyline Tavern Project, voted 2016 Bar of the Year by Willamette Week. 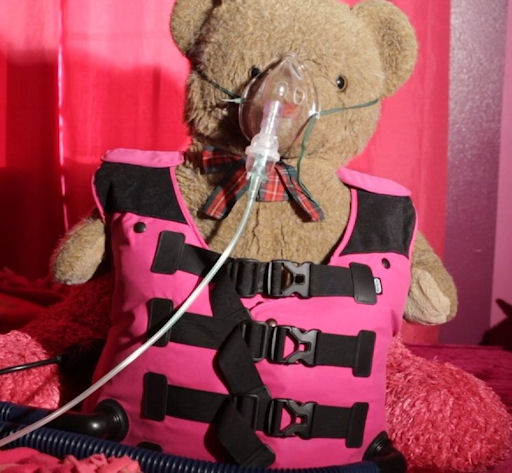