Bits of bread are sacrificed into the woodstove because there is no more wood. Short-listed for the 91st Academy Awards Best Documentary, this intimate black-and-white observational documentary is set in Warsaw, Poland. Will this sleeper, abruptly surfacing from the European backwoods, usurp the crown? 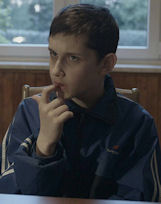 The film’s title ostensibly refers to the first communion of an autistic boy. But communion also means a deep communication of thoughts and feelings with another – and in this case, that other is us, the viewers. The family has allowed complete exposure. We see how the autistic son, Nikodem, reacts to the sounds and feel of a bath, to the codes of his religion, to his sister’s terse care and to the appearance of his estranged mother. We follow the daughter to a school dance where she is liberated for a couple hours from the drudgery of her servile existence.

The family members in “Communion” are disenfranchised, poor Polish people who don’t get along. A social worker checks up on them and asks Ola if she is being treated well. She appears to be about 12 years old and her brother may be 10. Her mother has deserted the family and her father expects Ola to take over his wife’s duties. It’s as if he had a servant, his estranged wife, and now passes that position on to his daughter, who is obviously resentful. He is a despicably lazy, messy guy who stays out late at the tavern. The autistic son is busy clicking and moving his hands. Ola wants so badly to be free and unburdened like the other girls, but she has an inescapable conscience and sense of responsibility. She is the fulcrum on which the family depends. But then one day her mother returns, with a little baby, and we see what happens.

Anna Zamecka’s masterful documentary shows how complex life at the bottom might be. Though the social worker asks questions, Ola cannot give completely honest answers. There is a hopelessness about Ola’s situation that she believes can only be solved by her mother. Her shiftless father appears more handicapped than his autistic son, who must pass his religion test in order to take his first communion. At least the son recognizes a goal.

The sudden appearance of “Communion” on the Academy Awards’ shortlist for Best Documentary is a surprise, but in Europe it has won several awards for Best Documentary. I don’t think it has the power to be competitive with “RBG,” “Dark Money,” “On Her Shoulders,” “Free Solo” or “Won’t You Be My Neighbor?,” but the idea that such a film has made it to such levels of recognition is impressive and perhaps speaks to the intensifying issues of income inequality and the choice it seems women must make on how much to continue sacrificing for the greater good. 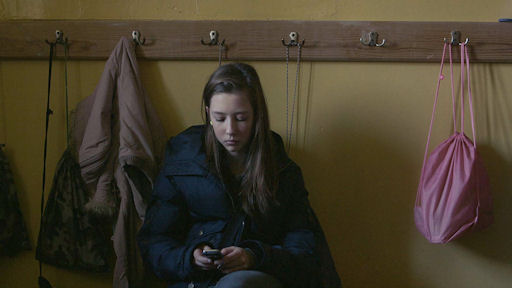