Political mail with lies? Campaign ad grossly misrepresenting the truth? Can just anyone with the bucks say anything in a campaign? 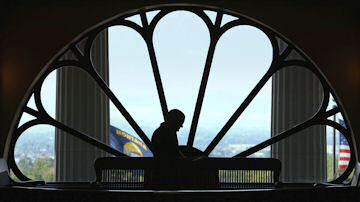 Besides the questionable rhetoric of the two major parties, when an outside source funds a spurious campaign ad, the funding source is called “dark money,” meaning a third party has entered the fray to sway voters with lies and slander.

In “Dark Money,” John Adams, a young investigative journalist, tracks third-party money in Montana. One of his interviews is with an incumbent Republican beat by another Republican after a mailing just two days before the election that aligned the incumbent with John Wayne Gacy, the Killer Clown who “sadistically raped and murdered nearly three dozen.”

The mailing address was credited to Mothers Against Child Predators (MACP). Upon inspection, this group was made up of three people who wanted to make sure no one won the election who didn’t support the Death Penalty. A TV ad in my home state of Washington came on this past October and November falsely alleging that the Democrat challenger wanted to take away everyone’s health insurance.

Isn’t it the job of the Federal Election Commission (FEC) to screen all mailings and tv ads? Aren’t untrue political ads libelous and illegal? Ann Rule, former FEC chair, says, “Campaign finance is the gateway to every other issue you might care about,” but adds that the FEC cannot enforce the law since Citizens United won in the Supreme Court.

Could I just send out a bunch of postcards with a misleading or blatant lie to get another candidate elected?

“Dark Money” announces that the Koch Brothers do.

John Adams found that in Montana not all losing politicians are going to tolerate a black money take-over. Adams follows this test of democracy.

Montanans are adamantly opposed to Citizens United and political ads funded through corporations or spurious organizations with difficult-to-trace affiliations. They have seen what can happen when outside forces do not put the best interests of Montana first – right in their city of Butte, which suffers from a toxic lake formed from a mining operation at the headwaters of the Columbia River – compliments of political chicanery when corporate-backed candidates put money over resource protection.

This film by Kimberly Reed needs to be seen by anyone contemplating running for office, anyone holding office, and all of us who are voters wondering what to believe. It’s a film in democracy and how to keep it. 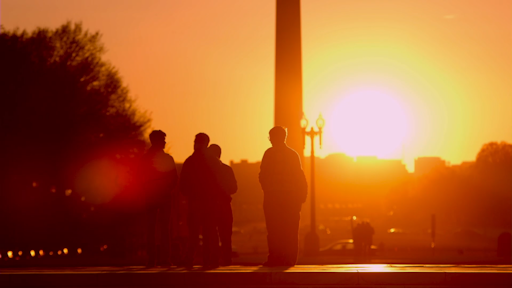