You either love or hate David Lynch. Either way, you cannot forget him. Sinatra talked about doing it his way, Lynch did it in ways that even he never imagined. His life was a process of channeling emotions into physical shapes and forms. Miraculous, really. This is not the story of his life, but a story about his life, told in his own words. A piece of the puzzle that is the Art Life. 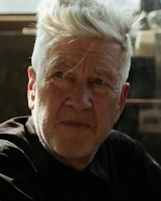 The best personal documentaries leave much unsaid, to be imagined or grappled with by the audience. This film is like that. In the beginning of the movie, Lynch describes one of his several moves. His father, a government forestry research scientist, was transferred again. He describes the quiet man next door making a rare appearance as the family is leaving. He breaks down, unable to complete the story. As in his films, we are left to imagine what this meant to the neighbor, and what it meant to the artist.

Although his mother gave coloring books to his siblings, she denied them to David. She saw him draw and refused to restrict him to working within the lines. By the time he was in high school, he had made a conscious decision to abandon normal education. With a couple crucial pieces of support from understanding adults, his fragile, unstable adolescence was allowed to develop on its troubled path. His over-riding message is that the only way to make good art is to make bad art first. In his own words, his early art sucked, but you must make a mess of things first to get to the truth.

His development was terrifyingly fragile. He could have dropped to irrecoverable depths on several occasions, only to be saved, temporarily, by the flotsam of the real world propping him up for the next punch. Gravely unhappy at a “conventional” art school in Boston, he was bullied by friends into enrolling into the Pennsylvania Academy of Fine Arts. He describes this new opportunity in glowing terms, the main one being that the students there “were workers.” They were not just going through the motions, they were driven to make art, at whatever cost. This is the most important facet of the film. This is David Lynch.

He spends time alone with bodies in a morgue and experiments with rotting fruit in his basement. During his father’s one and only visit, he takes him to see his experiments. His father urges him to never have children. The next day, his girlfriend tells him she is pregnant. He says if he had not been accepted to the Center for Advanced Film Studies in Los Angeles, he does not know if he would have survived.

There are those who aspire to be artists and there are those who have no other choice. It is not as much a gift as a disability with an option of success. A house of long skinny sticks always tumbling down or threatening to do so. A precarious agreement with the laws of survival. 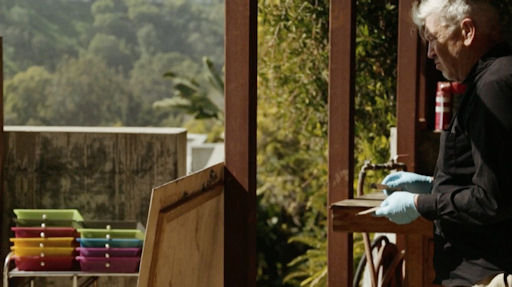